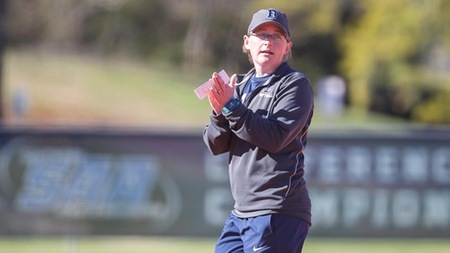 Stanley served as the team’s interim head coach during the 2020 season after coaching as an assistant at Berry since September of 2014. Stanley will assume her new post effective April 27.

“I am very grateful to Angel Mason, Chief of Staff Debbie Heida, and President Briggs for allowing me this opportunity,” Stanley said. “I also wanted to say thank you to Cori Thiermann for all of her guidance and mentorship over the past 6 years. I am humbled by all of the support I have received from our athletic department as a whole. Berry College and Berry softball are very special to me. We have amazing alumni, families, current players and recruits. I am extremely honored to continue in this role as the next head coach for Berry College.”

“I am so pleased that Emily will be taking over as our next head softball coach for Berry College,” Mason said. “She brings a combination of solid coaching experiences and effective relationship building skills to support our softball program. Her energy and passion for developing student-athletes on the field and in life is invaluable. I look forward to supporting her as she moves the program forward.”

Although the 2020 season was cut short, the team achieved great success on the field. The Vikings finished the year ranked No. 14 in the final National Fastpitch Coaches Association (NFCA) Top-25, holding a 12-2 record. The team closed the year on a six-game winning streak and outscored its opponents 30-2 in the final four games of the season. At the conference level, Berry led the league with a .375 team batting average, a .560 slugging percentage, 13 home runs and a 2.41 team ERA.

As an assistant coach, Stanley helped build the Berry softball program into a conference and national powerhouse. The Vikings claimed the Southern Athletic Association (SAA) Regular Season and Tournament Titles in four of the five seasons during Stanley’s assistant coaching tenure and advanced to the NCAA Regional Championship in each of those four years. In 2018, the Vikings clinched the NCAA Division III Atlanta Regional title to advance to NCAA Super Regionals for the first time in program history. She coached two pitchers to All-America honors, helped her players earn three SAA Player of the Year honors and three SAA Pitcher of the Year honors.

In addition, her pitchers consistently led the SAA in nearly every pitching category. In 2017, the Vikings ranked No. 5 in the nation in team ERA with at 1.29, No. 6 in the nation with 18 shutouts, and had two pitchers in the top five nationally in several categories. That year, the team set a program record with a 40-4 overall record and achieved the program’s first No. 1 ranking in the NFCA Top-25.

Stanley joined Berry after spending three years at NCAA Division II Mars Hill University in North Carolina. Prior to Mars Hill, Stanley served in the same capacity for Louisburg College of the NJCAA. Additionally, she coached at NCAA Division III Ithaca College in Ithaca, N.Y. where she completed her master’s degree in exercise and sport sciences with a concentration in sport psychology. Stanley worked with the Ithaca College softball team as a sports psychology consultant and later as an assistant coach.

Stanley completed her Bachelor’s degree in psychology from Purchase College in Purchase, N.Y. She was a three-year varsity softball captain and received several honors including All-Conference at second base, third base, and utility. Additionally, Stanley received Purchase College honors including Most Valuable Player for three years, the Rookie of the Year Award, and the Leadership Award.

In the Mind of Tony Potts – Controversy – November 13 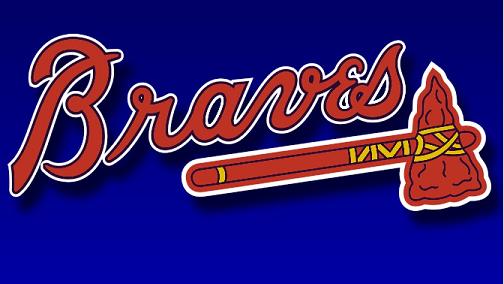 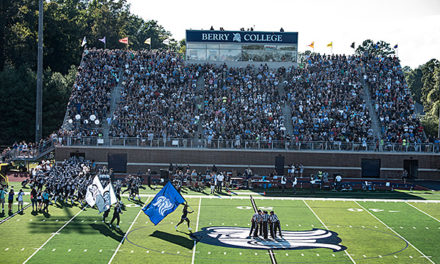