“Americans are fed up with the constant barrage of scams that maliciously target the elderly and other vulnerable citizens,” said Attorney General William P. Barr.  “This year, the Department of Justice prosecuted more than 400 defendants, whose schemes totaled more than a billion dollars.  I want to thank the men and women of the department’s Consumer Protection Branch, which coordinated this effort, and all those in the U.S. Attorneys’ Offices and Criminal Division who worked tirelessly to bring these cases.  The department is committed to stopping the full range of criminal activities that exploit America’s seniors.”

“Combating fraud perpetrated upon elderly Americans is a top priority of my office and the Department of Justice,” said U.S. Attorney Byung J. “BJay” Pak.  “Would-be criminals who prey upon elder U.S. residents and engage in such abhorrent conduct will be subject to criminal prosecution.”

Over the past year, the U.S. Attorney’s Office for the Northern District of Georgia has prosecuted numerous defendants who scammed thousands of Americans, including elder victims, out of over $12 million.

This interactive map provides state by state information on the elder fraud cases and education and prevention community outreach efforts highlighted by the sweep announcement.

Attorney General Barr also announced the launch of a National Elder Fraud Hotline, which will provide services to seniors who may be victims of financial fraud.  The Hotline will be staffed by experienced case managers who can provide personalized support to callers.  Case managers will assist callers with reporting the suspected fraud to relevant agencies and by providing resources and referrals to other appropriate services as needed.  When applicable, case managers will complete a complaint form with the FBI Internet Crime Complaint Center (IC3) for Internet-facilitated crimes and submit a consumer complaint to the Federal Trade Commission on behalf of the caller.  The Hotline’s toll free number is 833-FRAUD-11 (833-372-8311).

This office is one of six districts on the Department of Justice Transnational Elder Fraud Strike Force. The Transnational Elder Fraud Strike Force prosecuted more than one quarter of the defendants charged as part of the announced sweep.  Established in June 2019, the Strike Force is composed of the Department’s Consumer Protection Branch and six U.S. Attorneys’ Offices (Central District of California, Middle and Southern Districts of Florida, Northern District of Georgia, Eastern District of New York, Southern District of Texas), along with FBI special agents, Postal Inspectors, and numerous other law enforcement personnel.  Prosecutors in Strike Force districts brought cases against more than 140 sweep defendants.  FBI and the Postal Inspection Service served as lead agencies in the Strike Force and committed substantial investigative resources to pursuing elder fraud cases as part of Strike Force efforts. The Strike Force has held dozens of meetings with industry, victim groups, and law enforcement at the federal, state, and local levels to identify the most harmful schemes victimizing American seniors and to bolster preventive measures against further losses.

For the second year, the Department of Justice and its law enforcement partners also took comprehensive action against the money mule network that facilitates foreign-based elder fraud. Generally, perpetrators use a “money mule” to transfer fraud proceeds from a victim to ringleaders of fraud schemes who often reside in other countries. Some of these money mules act unwittingly, and intervention can effectively end their involvement in the fraud. The FBI and the Postal Inspection Service took action against over 600 alleged money mules nationwide by conducting interviews, issuing warning letters, and bringing civil and criminal cases. Agents and prosecutors in more than 85 federal district participated in this effort to halt the money flow from victim to fraudster. These actions against money mules were in addition to the criminal and civil cases announced as part of this year’s elder fraud sweep.

These outreach efforts have helped to prevent seniors from falling prey to scams and have frustrated offenders’ efforts to obtain even more money from vulnerable elders.

Elder fraud prosecutions in this district over the past year included romance, retirement, impersonating the Internal Revenue Service, grandparent, timeshare, and investment fraud.

In 2019, our office prosecuted individuals involved in romance and retirement scams that target the elderly.  Romance scams are a type of online fraud in which victims are targeted by individuals posing as potential paramours. The fraudsters create fake online dating profiles (often with photographs of attractive men or women) and use these fake personas to express a romantic interest in the victims in order to trick them into sending money to them or their co-conspirators under false pretenses. Romance scams frequently target vulnerable individuals who possess significant financial assets, such as retired widows or widowers.

We also prosecuted a number of cases in 2019 involving India-based centers that scammed U.S. residents, including the elderly.  Criminal India-based call centers seek to profit by exploiting U.S. residents through various phone scams, including the impersonation of government officials. The call center operators threaten potential victims with arrest, imprisonment, or fines if they do not pay supposed taxes, penalties, or fees.  If the victims agree to pay, the call centers then turn to a network of U.S.-based co-conspirators to liquidate and launder the extorted funds.

In 2019, Cecilio Nemencio Rodriguez-Rivas was prosecuted for a wire fraud conspiracy in which he and others engaged in a grandparent scam.  As part of the scam, co-conspirators of Rodriguez-Rivas made fraudulent telephone calls to elder victims purporting to be the victim’s grandchild.  The callers pretended that they were in need of emergency funds, which Rodriguez-Rivas received in Georgia.  Rodriguez-Rivas pled guilty and was sentenced to one year and one month in prison.

Also in 2019, our office indicted James Torchia, the CEO of a Georgia company named Credit Nation.  Torchia allegedly ran a fraud scheme that caused investors, many of whom were elderly, to spend over $40 million on his company’s promissory notes.  Torchia allegedly stole investors’ money by misrepresenting the security of their investments, and how he would use their money.

Katherine Craig was indicted in 2020 on federal charges of mail fraud.  Craig allegedly embezzled over $1.7 million dollars from a company she was managing and defrauded over 1000 timeshare owners, most of whom were elderly retirees.  Craig operated the timeshare resort where she worked without casualty insurance, even though the Lease Agreements required the resort to maintain casualty insurance. Over the years, the buildings at the resort deteriorated through storm damage and neglect and by early 2016, the resort was in such bad shape that Craig was not allowing any timeshare owners to vacation there anymore.

In addition to prosecuting cases involving elder victims, our office holds quarterly meetings for the Transnational Elder Fraud Strike Force.  These quarterly meetings bring together federal, state, and local partners to discuss the latest scams targeting elder Americans, share investigative techniques, and coordinate in the investigation and prosecution of these transnational scams.

The charges are allegations, and the defendants are presumed innocent unless and until proven guilty beyond a reasonable doubt in a court of law.

We engage in community outreach to educate local law enforcement and residents about how they can assist in the fight against, and protect themselves from, fraud schemes that target elder Americans.  For further information on these scams, see https://www.justice.gov/elderjustice/senior-scam-alert. 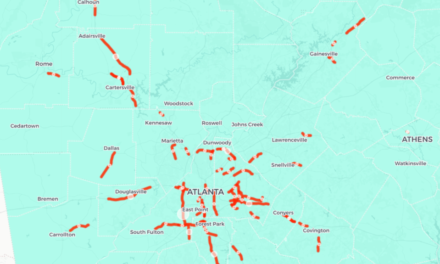 The 57 Deadliest Roads in Georgia