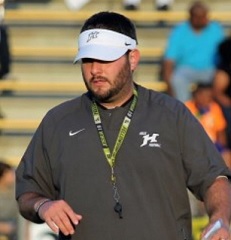 The Trion Bulldogs have named Sean Patrick as its new head football coach.

Patrick comes to Trion from Bleckley County where he served as offensive coordinator.

Patrick was selected from a list of more than 40 well-qualified applicants.

He started his career as a coach in 2006 at Emanuel County Institute where he was a big part of three consecutive region titles, a Class A state runner-up finish, and a 15-0 season leading to the Class A State Championship for the ECI Bulldogs in 2008.

In 2014 Patrick moved to Lincoln County to lead the Red Devil offense. He then went to Houston County where his offense would rank as the second best in school history, posting a staggering 40.7 points per game. In addition, as Houston County’s OC, he helped mold future UGA stars Jake Fromm and Trey Hill before moving to Bleckley County.

This will be Patrick’s first time as a head coach.

19 Month-Old Child Killed After Being Struck by Car