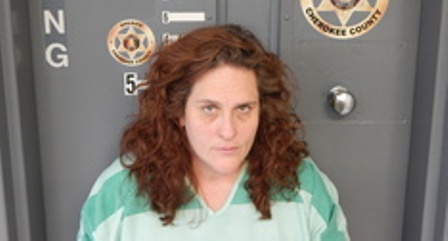 The woman charged with 47 counts of animal cruelty in connection with a massive seizure of dogs and cats in October was found guilty Monday on all charges in state District Court in Cherokee County.

District Judge Wesley Mobley sentenced Ruth Staggs to 30 days in jail and 11 months suspended sentence in the largest animal cruelty case the county has investigated and prosecuted. Staggs will not be allowed to have any animals, including livestock, during the sentencing period. She has 14 days to appeal the verdict.

In court, investigators and veterinarian Dr. Jeremy Deaton testified that more than 40 dogs and cats were living in horrific conditions at Staggs’ residence on County Road 793 near the Rock Run community on Oct. 1, when sheriff’s officers were conducting a welfare check on Staggs’ mother. Some animals were confined in crates and wire enclosures filled with feces and urine, Dr. Deaton said.

Sheriff’s Investigator Jeremy Stepps, who has seen his share of crime scenes including those with fatalities, said he vomited twice at Staggs’ house and threw away the clothes he was wearing Oct. 1. That had never happened before, he testified.

Many of the dogs and cats were in extremely poor physical condition. One puppy was dead in the front yard and other puppies were eating the body, Dr. Deaton said.

In addition to the dead puppy, nine dogs and cats died during treatment because of the severity of their illnesses after they were seized. Six of the nine animals were puppies who had parvovirus.

Most of dogs and cats at Staggs’ house did not have food and water available in their enclosures, although Staggs had two large containers of food on her porch, investigators said.

A dog named CeeCee, who was in the worst physical shape of the animals that survived, was emaciated and starving. Staggs testified she had only had CeeCee a few days when officers came to her house. She said she regularly took animals to the vet and picked up strays she found and nursed them back to health.

Two dead turtles in an aquarium without food or water were already dead when she found them, Staggs testified. She said she wanted to have a taxidermist preserve the bodies because her mother liked turtles and she could enjoy seeing them without having to feed them.

Staggs’ attorney, John Floyd, portrayed her as an animal lover in over her head with a job that required overtime and an elderly mother with health problems.

Judge Mobley said the evidence and testimony presented in court did not reflect the picture Staggs’ attorney and witnesses tried to depict.

“Something has gone terribly wrong,” Judge Mobley said in his ruling.

Animal Control Officer Dustin Dutton said, “This is a step forward in the state to get jail time in a case like this.”

In reacting to the verdict Monday, Dr. Deaton said: “I am overwhelmed and thankful that justice has been served for CeeCee and her surviving friends, and to the nine animals that died despite our best care.”

Dr. Deaton said he has testified in more than 30 cruelty cases, and “this was the worst case of neglect and starvation I have seen.”

The veterinarian said teamwork from several agencies and animal welfare groups made getting the case to trial possible.

“A special thank you to the Cherokee County Sheriff’s Office, Cherokee County Animal Control, Cherokee County Commission, Cherokee County EMA, The Cherokee Humane Society Inc., Pete & Bo Forever Inc. and to the hundreds of volunteers who gave their time volunteering, donating food and prayers,” he said. “CeeCee, Hobo (pictured below) and friends can enjoy their lives spoiled, fat and happy now knowing this defendant can never harm another animal.”

Centre woman was has been arrested on several counts of Animal Cruelty. At 6:00 pm Tuesday the Cherokee County Animal Shelter was placed under a state of emergency which allows for the implementation of the emergency operations plan.

At this time no details surrounding the situation are being released.

Dr. Jeremy Deaton, Consulting Veterinarian for Cherokee County Animal Control said that authorities seized 47 animals from a residence in the southern portion of the county. 47 year old Ruth Pauline Staggs of Centre has been booked in at the Cherokee County Detention Center on 47 counts of Animal Cruelty and is currently being held without bond.

Deaton said that the shelter is in need of food for these animals and is asking for the public’s assistance, if you would like to make a donation of small breed dog food and puppy food you can drop it off at the animal shelter located on the Piedmont Highway. If no one is there, Deaton said that you may simply leave it at the front door. 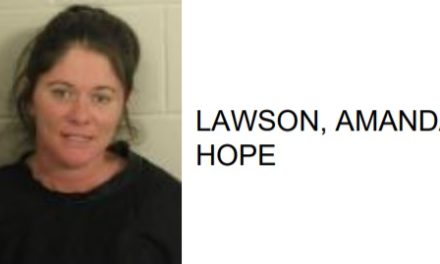