Walker County Sheriff Steve Wilson announced Thursday that a criminal charge has been filed related to the discovery of the body of Britany Nicole Parker, 31, on June 18, 2019.
The decomposing body of Parker was found in a grassy field near the 2900 block of Old Mineral Springs Road, two miles from Lafayette. The body was found in the early morning hours by two men who were checking livestock in the area.

Ms. Parker’s newlywed husband, Bob Jay Cole, (a/k/a B. J. Cole), has been charged with concealing the death of another person, a felony punishable by one to 10 years imprisonment. Cole is currently incarcerated on a parole violation.

Cole was released from prison in the summer of 2018 after serving 28 years in prison on a murder conviction from Catoosa County, Ga.

An autopsy of Parker, which was completed by the Georgia Bureau of Investigation crime lab, revealed a lethal concentration of methamphetamine in her body. The cause of death was acute methamphetamine toxicity; the manner of death is accident.

Investigators allege Parker died from the methamphetamine overdose and her body was transported in Cole’s SUV, and then was discarded by her husband in the field where she was found.
On June 19, 2019, the day after Parker’s body was discovered, Cole sold his SUV to a Walker County automobile dealer. Investigators seized the vehicle as evidence. During the investigation, investigators found blood in the luggage compartment of Cole’s SUV which, following DNA testing, showed to be Parker’s blood.

A detainer has been placed with the Georgia Department of Corrections. Upon release from prison, Cole will be transported to Walker County and will be booked on the charge of concealing death of another person. 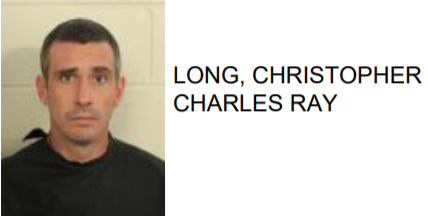