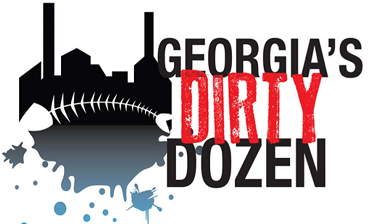 Georgia’s leading water advocacy organizations released their “Dirty Dozen” for 2019 in a 28-page report highlighting 12 of the worst offenses to Georgia’s waters.

Rather than identifying the “most polluted places” in Georgia, the Georgia Water Coalition’s (GWC) Dirty Dozen report instead highlights the politics, policies and issues that threaten the health of Georgia’s water and the well being of 10 million Georgians.

“We wished we didn’t need to publish this report,” said Jesse Demonbreun-Chapman, Executive Director and Riverkeeper with the Coosa River Basin Initiative in Rome. “But, every year, new threats to Georgia’s water arise and unfortunately, the state’s lax enforcement of environmental laws and its failure to fully-fund important environmental programs continues.”

In fact, seven of the 12 issues highlighted in the report are making return appearances on the inauspicious list.

Topping the list of issues making return appearances in the Dirty Dozen report is pollution of the Altamaha River from the Rayonier Advanced Materials (RAM) chemical pulp mill in Jesup. Next year, Georgia’s Environmental Protection Division (EPD) will issue a new pollution control permit for the facility.

If EPD’s actions in recent years are any indication, it seems unlikely that this new permit will finally fix this ongoing pollution problem. The state agency has repeatedly defended the existing and weak pollution control permit and last year took the extraordinary effort of changing state laws to make it easier for RAM to continue polluting Georgia’s largest river. Then there is the ongoing saga of Georgia’s toxic coal ash legacy.

Coal-burning power plants that are currently contaminating groundwater with coal ash make return appearances in the Dirty Dozen report: Plant Hammond near Rome; Plants McDonough, Yates and Wansley spread out along the Chattahoochee from Atlanta to Newnan; and Plant Scherer and Awkright near Macon. Rather than moving toxic coal ash held at these facilities to proper lined landfills, Georgia Power Company has proposed keeping its coal ash in unlined pits, despite data showing that the ash is contaminating groundwater at the sites. Coal ash is also pouring over Georgia’s borders from out of state and landing in Georgia landfills, in part because of Georgia Power Company’s undue influence over our legislators.

In 2018, the company successfully lobbied for a loophole in a landfill tipping fees bill that gives the company a potential $12 million windfall and artificially deflates the cost of disposing of coal ash in Georgia landfills. The victims are local governments and residents of counties with a landfill accepting coal ash. Charlton County will miss out on at least $500,000 in revenue during the next year thanks to Georgia Power’s loophole. Meanwhile, the private Chesser Island Road Landfill will take in some 400,000 tons of coal ash—much of it from out of state.

State leaders once again have dirt on their hands in this year’s report as the issue of fully funding the state’s Hazardous Waste and Solid Waste trust funds makes a fourth straight appearance in the report. Since the 1990s when these programs were established, about 42 percent of the fees collected from citizens and businesses to help cleanup polluted sites around the state has been diverted to pay for other parts of the state budget, shortchanging these programs by $214.8 million.

The final return offender in this year’s report is the Hercules Superfund site in Brunswick. Long a polluted burr in the side of residents of Glynn County, things got worse this year when the U.S. Environmental Protection Agency (EPA) went against recommendations of local governments and agreed to the cheapest proposed cleanup plan for the toxic site. EPA’s preferred plan will thwart local desires to redevelop the area and keep toxins in place that will continue to contaminate fish and wildlife.

New to this year’s report are five issues, ranging from new threats to Georgia’s water to unexpected disasters.

Advocates for the Chattahoochee-Oconee National Forest are fighting against federal rollbacks to how the National Environmental Policy Act effects Forest Service decisions. The U.S. Forest Service has proposed eliminating public notification and participation in numerous decisions, including timber harvests on up to six square miles of forest service land. The rollbacks would ensure that more bad decisions are made regarding the management of our public forests.

At the state level, a legislative proposal introduced during the 2019 General Assembly session would set current state law on its head by preventing neighbors of new industrial agricultural operations that move into rural communities from suing to protect their quality of life and property values. If passed, it would signal an open invitation to industrial-scale animal feeding operations that have devastated quality of life in rural communities in other states.

In South Georgia, the Okefenokee Swamp is once again threatened by a proposed titanium mine. In the late 1990s a similar proposal was soundly defeated, but the U.S. Army Corps of Engineers and EPD are now considering approval of environmental permits that will allow an Alabama-based company to destroy wetlands and streams near the Okefenokee. The operation poses a threat to the hydrology of the swamp and the $60 million-a-year tourist economy the swamp supports.

On Lake Lanier, the ongoing failure of a small, privately operated wastewater treatment plant for a mobile home park highlights the lax enforcement of clean water laws by Georgia EPD. The plant has repeatedly violated the terms of its pollution control permit during the past decade, but rather than forcing the operators to upgrade and fix the problem, EPD has levied inconsequential fines and allowed the continued pollution of the state’s most popular reservoir. This is but one of many examples of EPD’s failure to fully enforce the Clean Water Act.

Finally, in September the disaster of the Golden Ray cargo vessel in St. Simons Sound has fouled area beaches and marshes with oil.

The Georgia Water Coalition is a consortium of more than 250 conservation and environmental organizations, hunting and fishing groups, businesses, and faith-based organizations that have been working to protect Georgia’s water since 2002. The Dirty Dozen report serves as a call to action for Georgia’s leaders and its citizens to fix these threats to Georgia’s water. 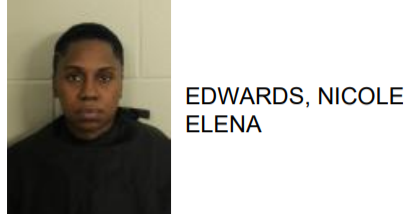 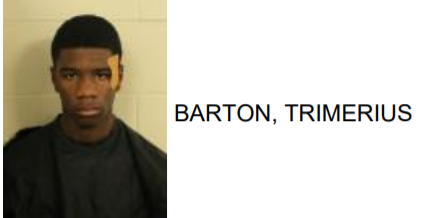