Christian Eduardo Cornejo, 18 of Rome, was arrested this week after police said he provided alcohol to others at his home on Old Dalton Road.

Police stated that Cornejo then refused to identify the home was his numerous times.

Cornejo is charged with possession of alcohol by a minor and obstruction. 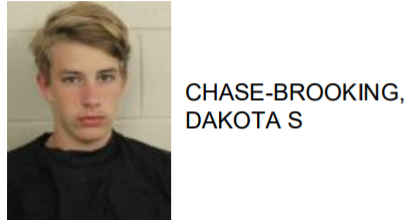