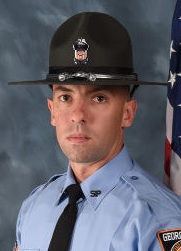 On September 16, 2019, the GBI initiated a public official’s investigation on Williams.  The Dalton Police Department requested the assistance of the GBI after responding to a Dalton residence to investigate an open line 911 call.   The initial response from law enforcement revealed the possibility that some type of physical altercation occurred between Timothy Williams and other occupants of the residence.  In the course of the investigation, it was determined that Timothy Williams was employed as a Trooper for the Georgia State Patrol.

Williams was arrested and booked into the Whitfield County Jail.  The GBI investigation remains ongoing.