Try not to be Depressed! – The Madd Man Mark Miller

Try not to be depressed by what I am about to tell you. We are already one third of the way through the college football regular season. Yes, the season is racing by that fast. It will not be long until you look up and realize it is rivals week. So, what have we learned so far from the first third of this season? More accurately, what do we THINK we have learned. This is what I think I have seen so far.

There are six, maybe seven, teams that seem to be the most likely possibilities for the college football playoff. Those teams are reigning champions Clemson, always dangerous Alabama, always an easy schedule Ohio State, no defense conference Oklahoma and the next best teams in the SEC-LSU and Georgia.

Clemson looks like the real deal. Add in the fact that there is virtually no other competitive team in the entire ACC and Clemson likely has already played their toughest opponent in Texas A&M. It seems unlikely that anyone will derail the Tigers’ on their journey back to the playoffs to defend their crown.

Alabama is Alabama and this season appears no different. There are plenty of opportunities for the Tide to fall along the way. Unlike Clemson, Alabama’s toughest games are still to come. The Tide will have to face three teams that are currently in the top ten of the AP poll. This Tide team does not seem as complete as some in the past. Injuries have taken a toll on the defense and there seems to be chinks in the armor in Tuscaloosa. Only time will tell.

The Ohio State Buckeyes have dominated much lesser competition in their first four games as transfer quarterback Justin Fields has feasted on weak defenses. Theoretically, the Buckeyes have four opponents left that are currently in the top 25. However, at closer look we see that Michigan State, Penn State and Michigan do not look consistent or dominant. It would appear Ohio State’s one big challenge will be Wisconsin in late October. That matchup will be for top spot in the Big Ten. If Wisconsin wins that game, they replace Ohio State as a probable playoff participant. At least for a few weeks.

Oklahoma’s schedule makes Ohio State’s schedule look like a gauntlet. The Sooners have two games left against current top 25 teams and one of those is 24th ranked Kansas State. Oklahoma biggest challenge would appear to be Texas, a team that has already lost to LSU. Win that game and the Sooners are a near lock for the playoffs.

It is unlikely, though not completely impossible for a Pac 12 team to make this year’s playoff. It would appear at this point that the playoff will consist of Clemson, the Big 12 champion (probably Oklahoma), the Big Ten champion and the SEC Champion. It is by no means a given that Alabama will emerge from the SEC. Georgia is as close to a complete team as I have watched all season, though the Notre Dame game seemed to reveal some vulnerability for the Bulldogs. LSU has shown signs of having finally found an offense but now there seem to some questions about the defense. They gave up 38 points to both Texas and Vanderbilt. Vanderbilt! Plus, you cannot rule out either Auburn or Florida who are both currently undefeated and racing toward a showdown in a little over a week. The winner of that game will have to be considered a least a dark horse candidate to win the SEC, though the smart money would be on Alabama or Georgia as SEC Champs. Yes, we are a third of the way through the season, but we still have two thirds left and there is some serious football on the horizon.

I would be remiss if I did not mention the other significance of the fourth week of the season being behind us. Players who have appeared in each of their team’s first four games must decide whether to red shirt and play no more this season or burn the red shirt. This decision would mostly pertain to players who play a limited role at this point with their respective teams and the decision might be up to the coach. However, the lunacy of the transfer portal and the new red shirt rules took another bizarre step when starting and thriving quarterback D’Eriq King announced that he would be shutting it down for the remainder of the season and claim a red shirt for the season because his team, the University of Houston, is losing games. The claim is at this point that he will remain with Houston and start for them next year, but I would be shocked if he does not transfer to a more marquis program (perhaps Oklahoma). This transfer portal thing is going to become interesting. 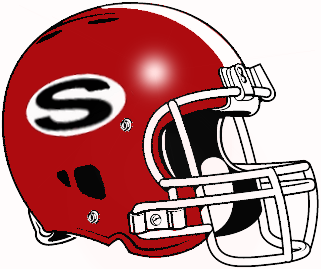