Cartersville Woman Drags Another Down Road 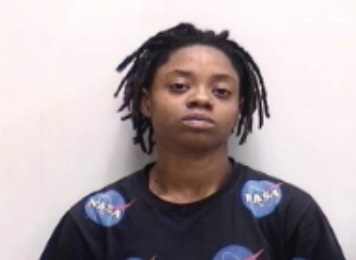 The Bartow County Sheriff’s Office booked Amaziah Chatmon of Cartersville into the Bartow County jail this week and charged her with aggravated assault by strangulation, kidnapping, cruelty to children in the first degree, and battery from an incident that occurred on Monday.

According to police reports, the victim claimed that Chatmon dragged her down the street after she attempted to retrieve jewelry from Chatmon’s residence on Benfield Circle in Cartersville. The victim claimed that Chatmon was angry and started to drag her by the hair and her shirt down the street while striking her in the face and grabbing her neck to a point where the victim could no longer speak. Chatmon left the victim at a neighboring house and told her to “Stay away from her” and to “leave her alone.” Several witnesses back up these events.

Chatmon was later arrested on Peeples Valley Road staying with her current girlfriend and was arrested.