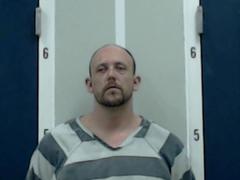 Gruesome details were revealed this week in the case of murdered 11 year-old Amberly Barnett.

The suspect, Christopher Madison, 33, is accused of strangling the former Cedartown girl to death in Collinsville, Alabama earlier this month.

Barnett had been living with her aunt and aunt’s boyfriend since last summer.

According to court testimony this week, on the night Barnett was reported missing, Madison claimed he searched a wooded area behind his home, but with no avail.

However, several hours later an investigator found Barnett’s body lying in the woods behind the home with a blue rope around her neck.

Madison, who lived next door, told police that he saw a dark Dodge Durango pull into the driveway at Barnett’s home.  Other neighbors disputed the claim and evidence gathered also contradicted the story.

Investigators said that Amberly’s body was found after a blonde hair and a sock on a path led them to her body.

Investigators added that inside Madison’s home they found a bloody pair of jeans in the dryer, along with blood in the bathroom sink, on walls, a mattress, a bed frame and on a sheet of paper.

Authorities did not release a motive but did say that according to Madison’s girlfriend he had an “interest in bondage”. Investigators also located a clamp and a bolt in the floor of the home that had previously been used.

Madison’s girlfriend also testified that the blue rope that was found on Amberly had been in their home the day before.

A second piece of blue rope that was wrapped around a knife was also found in the backyard of Madison’s home. Madison allegedly admitted that the knife belonged to him.

Authorities stated that the forensic test on the blood that was found has yet to be returned.

If convicted of capital murder, Madison faces either the death penalty or life in prison without the possibility of parole.

Madison was booked into the DeKalb County Jail Saturday evening on a drug charge, according to online jail records.

A GoFundMe page has been set up in memory of Amberly Barnett.

There has been an outpouring of support and sympathy for the family of eleven year old Amberly Barnett of DeKalb County who was found deceased Saturday morning.  She was last seen at her aunt’s house on County Rd 822 in the Mount Vernon Community at around 6:00pm Friday.  She was reported missing and found dead Saturday morning.

Law enforcement officials aren’t releasing details regarding circumstances surrounding the case, including where she was found.  A press conference was held Saturday afternoon with a call going out to the community at large to come forth with any information available.

Reports added that Barnett was a long time resident of Polk County, where she attended Northside Elementary School.

The GoFundMe can be found here. 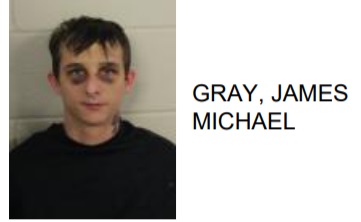