A Chattooga County 911 dispatcher was one of several arrested by Drug Task Force Agents earlier this week during a drug arrest in LaFayette.

Agents with the Lookout Mountain Judicial Circuit Drug Task Force arrested four people at the Kangaroo Express on North Main Street in LaFayette.  Agents were at the gas station investigating a separate case when they saw a “suspicious exchange involving money” take place.

Those arrested from the first incident included thirty-one-year-old Justin Allen Wood for possession of meth and use of a communication device to facilitate a crime.  Also, thirty-eight-year-old Michelle Danielle Case was charged with possession of meth. 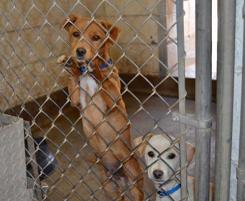