The Supreme Court of Georgia has struck down as unconstitutional parts of Georgia statutory law that allow a person’s refusal to submit to a breath test upon being stopped for DUI to be used as evidence in the driver’s criminal trial.

In today’s unanimous opinion, Justice Nels S.D. Peterson writes for the Court that a person’s right against self-incrimination under Article I, Section I, Paragraph XVI of the Georgia Constitution prohibits admission in a criminal trial of a person’s refusal to blow into a breathalyzer.

“We acknowledge that the State has a considerable interest in prosecuting DUI offenses (and thereby deterring others), and that our decision today may make that task more difficult,” the opinion says. But, “the right to be free from compelled self-incrimination does not wax or wane based on the severity of a defendant’s alleged crimes.”

In this case, the State is prosecuting Andrea Elliott for driving under the influence of alcohol. As recounted in the opinion, in August 2015, a police officer in Clarke County stopped Elliott after observing her commit several traffic violations, including failing to maintain her lane. During the stop, Elliott admitted she had consumed alcohol earlier that day. After smelling alcohol and observing several signs of impairment, the officer arrested Elliott for DUI and other traffic offenses and read her Georgia’s “implied consent notice.” The implied consent notice, which is written in Georgia Code § 40-5-67.1 (b), states: “Georgia law requires you to submit to state-administered chemical tests of your blood, breath, urine, or other bodily substances for the purpose of determining if you are under the influence of alcohol or drugs. If you refuse this testing, your Georgia driver’s license or privilege to drive on the highways of this state will be suspended for a minimum period of one year. Your refusal to submit to the required testing may

be offered into evidence against you at trial.” Asked if she would submit to a breath test, Elliott refused and was taken to jail. Her attorney later filed a motion to suppress her refusal, claiming that the admission of that evidence at trial would violate her right against compelled self-incrimination under the Georgia Constitution and Georgia Code. The trial court denied her motion, and she then appealed to the Georgia Supreme Court.

In 2017, this Court ruled in Olevik v. State that the Georgia Constitution’s right against compelled self-incrimination prevents the State from forcing someone to submit to a chemical breath test. Elliott argues in her appeal that asserting that right cannot now be used against her at trial. The State argues that the Court was wrong in its Olevik decision and should overrule it, but it also argues that the right does not prohibit the State’s use of refusal evidence against a defendant.

In today’s 91-page opinion, the Court concludes that Olevik was correctly decided and “after extensive review of the historical record and our case law,” it concludes that “our state constitutional right does prohibit admission of evidence that Elliott refused a breath test.”

“Both Elliott’s arguments challenging the denial of her motion to suppress evidence of her refusal and the State’s arguments that we should reconsider our decision in Olevik require us to begin by reviewing some important principles that guide our interpretation of the Georgia Constitution in this case,” the opinion says. “We have often explained that we interpret the Georgia Constitution according to its original public meaning.”

Paragraph XVI of the Constitution states: “No person shall be compelled to give testimony tending in any manner to be self-incriminating.”

Much of today’s lengthy opinion examines the history of Georgia’s constitutional law. Paragraph XVI of the Georgia Constitution is a holdover from prior constitutions, the opinion points out, “and we must remember that the right against compelled self-incrimination was first constitutionalized with the adoption of the 1877 Constitution, thereby preserving a right at common law.”

Olevik examined whether Paragraph XVI’s mandate applied to chemical breath tests. “In answering that question, we reviewed an unbroken line of precedent beginning with Day v. State (1879) and clarified in Calhoun v. State (1916), that interpreted the 1877 Provision that is virtually identical to Paragraph XVI of the 1983 Constitution as barring compelled acts, not merely compelled oral or written testimony,” today’s opinion says. “Based on the well-established meaning given to the constitutional right against compelled self-incrimination and carried forward into subsequent state constitutions, we concluded [in Olevik] that a breath test is an act incriminating in nature and, therefore, Paragraph XVI prohibits the State from compelling such a test.”

“Unhappy with our decision in Olevik and its potential implications, the State has, in this case and in other appeals currently before the Court, asked us to reconsider our decision in Olevik,” the opinion says. The State argues that the Georgia Supreme Court’s 1879 decision in Day and its 1916 decision in Calhoun were wrong because they contradict the plain meaning of the word “testimony” found in Paragraph XVI. “The State also argues that this Court stands alone in affording protection to incriminating acts, and we should start over with our interpretation of Paragraph XVI according to the plain meaning of its text….The State concludes that a plain reading of Paragraph XVI would limit the right against compelled self-incrimination to only oral and written testimony….”

“Undertaking that review, we conclude that, although the scope of the common-law right against compelled self-incrimination is indeed debatable, our case law around the time the 1877

Provision was adopted had extended the right to more than oral and written testimony,” today’s opinion says. “That case law included our decision in Day, which research reveals was not out of step with other courts that considered the issue around the same time. Indeed, the right against compelled self-incrimination was previously understood in many courts, including federal courts, to be more expansive than it is now.”

In conclusion, today’s opinion states that, “This Court cannot change the Georgia Constitution, even if we believe there may be good policy reasons for doing so; only the General Assembly and the people of Georgia may do that. And this Court cannot rewrite statutes. This decision may well have implications for the continuing validity of the implied consent notice as applied to breath tests, but revising that notice is a power reserved to the General Assembly.”

Here, “we conclude that Paragraph XVI precludes admission of evidence that a suspect refused to consent to a breath test,” the opinion says. “Consequently, we conclude that §§ 40-5-67.1 (b) and 40-6-392 (d) are unconstitutional to the extent that they allow a defendant’s refusal to submit to a breath test to be admitted into evidence at a criminal trial. We reverse the trial court’s denial of Elliott’s motion to suppress.”

In a concurrence, Justice Michael P. Boggs writes that he agrees with the opinion in full, but he wants “to clarify certain implications of the Court’s decision today and our earlier decision in Olevik v. State. First, it is important to identify the provisions of the implied consent law that are not affected,” the concurrence says. “As acknowledged both in the Court’s opinion today and in Olevik, the scope of these decisions is limited to chemical tests of a driver’s breath; they do not apply to tests of a driver’s blood…Additionally, the holding that a driver’s refusal to take a breath test may not be used in a criminal proceeding does not forbid its use in an administrative proceeding concerning suspension of a driver’s license….” However, both today’s decision and the decision in Olevik “affect significant portions of the implied consent law.” The statements in Georgia Code § 40-5-67.1 (b) “that Georgia law ‘requires’ the driver to submit to breath testing; that the ‘refusal to submit…may be offered into evidence’ against the driver at trial; and that the driver’s license ‘may be suspended (as opposed to ‘shall’) if the driver submits and the results indicate an alcohol concentration above a prohibited level – are likely to become problematic in future cases as a result of Olevik or the Court’s decision today,” the concurrence says. The Georgia General Assembly, therefore, “may wish to revise the provisions of the implied consent law, particularly the content of the implied consent notice.”

“It is also worth noting that the General Assembly and the people could reconsider Paragraph XVI itself,” the concurrence says. “This understanding of Paragraph XVI has become something of an outlier in state and federal constitutional interpretations of self-incrimination, but, as this Court observed in Olevik and demonstrates more fully today, it has a long history stretching back over more than a century of case law and through several Georgia constitutions.” The concurrence is joined by Justices Keith R. Blackwell and Charles J. Bethel. 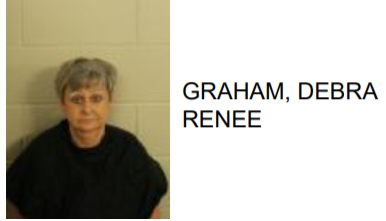 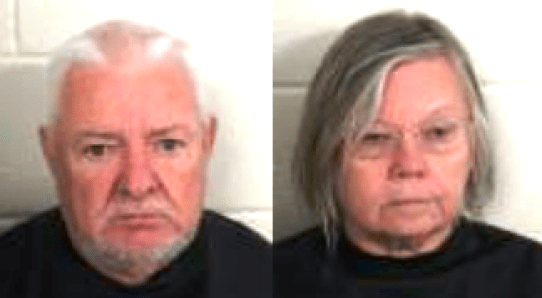