It is Super Bowl week. Super Bowl week in Atlanta. Does it feel any different to you because it is being held here? Nope, me either. It’s not like having the big game in Atlanta means you can attend. The last time I checked, tickets available through a major ticket house began at $2,695.00. I don’t know about you but that is not in my budget. I assume that the game brings in its share of outside money and that helps reward the businesses who have ponied up tax dollars, willingly or not, to help build the new stadium which is why building a new stadium for your NFL team always results in being awarded the Super Bowl. But, it does very little for the everyday taxpayer. The vast majority of locals will watch (or not watch) the game exactly as they would if it was being played in Miami or Los Angeles.

So, I will watch it at a sports bar with a few friends. I used to throw Super Bowl parties but that became a huge endeavor. When I entertain, I feel compelled to display my culinary talents. That tends to be expensive, time consuming and messy. I think I’ll let others cook and clean. With the emergence of Uber and Lyft it is so easy to arrange transportation and remove all risk of having a few cold ones with the game. I can leave at whatever point I deem it advisable and not worry about a thing.

The conference championship games were spectacular with both going to overtime and both having a certain amount of controversy. The Chiefs were called for a phantom roughing the passer penalty and refs somehow missed a blatant pass interference call that should have gone against the Rams and kept a drive alive for the Saints. But, neither of those calls were the only missed calls in their respective games AND there is no guarantee that either would have changed the outcome of either game. Both the Saint’s and the Chiefs had ample opportunity to win their games after the aforementioned calls. Don’t try to tell New Orleans that though, the city, team and all its fans are still immersed in a toddler’s temper tantrum over the one call they feel robbed them of a Super Bowl appearance. The tantrum comes complete with billboards in Atlanta and threats to sue the NFL. New Orleans does not seem to recover from adversity well.

We have what promises to be a great matchup between the Los Angeles Rams and, of course, the New England Patriots. Yawn it you are tired of seeing the Patriots in the Super Bowl. Fun fact, this is Tom Brady’s ninth Super Bowl appearance. To put that into perspective, the entire NFC South division (Atlanta, Carolina, New Orleans and Tampa Bay) have combined to play in six Super Bowls in the franchises’ histories. The NFL is a Coach/Quarterback league. Whether you love or hate the Patriots, you must admit that the combination of Brady and Bill Belichick has proven to be the greatest of all time and has produced some of the most exciting games in Super Bowl history even if their best comeback was against our Falcons.

Can the Rams win this game? That is the real question. In my opinion, the answer to that question first requires the answer to another question. Is Todd Gurley healthy? I believe the Rams must have an effective Gurley to become Super Bowl champions. The only way to stop Brady and the Patriots offense is to keep them on the sideline. Los Angeles must eat up clock with a strong running game. While CJ Anderson has performed admirably in recent games, they need Gurley’s big play potential to beat New England. In the NFC championship game, Gurley did not just look hampered from his previous injury, but he seemed mentally out of the game as well. The Rams must hope that poor performance will refocus the running back for the two-week preparation for this Super Bowl. If Los Angeles can play solid defense and control the clock with a running game, there is a chance to defeat New England.

Meanwhile, the Patriots just need to be the Patriots. Brady and Belichick can just do what they always do, spend a half assessing the opposing game plan and then adjust to take advantage of it in the second

half. We have learned in past Super Bowls that there is no halftime lead big enough to assure a win against New England. With a Georgia running back of their own in Sony Michel, the Patriots can put the game away on the ground if leading big in the second half. To beat them you must keep the game close and hope it breaks your way at the end, like maybe an unlikely catch with the ball trapped against the back of a helmet with one hand. If I were a betting man, smirk, my money would be on New England.

As for the city of Atlanta, they just want this to be a positive event. This will be the city’s third Super Bowl. The first two have included a winter storm they weren’t prepared to deal with, and an NFL star accused of murder. Atlanta will be satisfied if the game itself is the ONLY story this year. I hope it plays out that way. I just want a game as competitive as the conference title games. My prediction-Patriots 31, Rams 28. 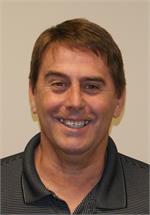