Severiano Martinez-Rojas has been sentenced for his role in the sex trafficking of three victims.  The defendant is the fourth member of an Atlanta-based Mexican sex trafficking ring convicted for their roles in compelling young women from Mexico and Central America to engage in commercial sex.

“Sex trafficking is a form of modern-day slavery that exploits and traumatizes some of the most vulnerable members of our society,” said U.S. Attorney Byung J. “BJay” Pak.  “We stand united today with our colleagues at the Department of Justice, Eastern District of New York, and federal law enforcement partners, in applauding the courage of the three victims in this case who remained determined to see this prosecution to its conclusion. The lengthy prison sentence that this final defendant received is primarily the result of the valiant efforts of these human trafficking survivors to hold their traffickers accountable.”

“Human trafficking is disgraceful and unacceptable. The sentence demonstrates the Department of Justice’s unwavering commitment to combatting these crimes,” said Assistant Attorney General Eric Dreiband. “This sex trafficking enterprise was extensive and resulted in the abuse of young women and girls. The Civil Rights Division of the Justice Department is thankful for the hard work of the U.S. Attorney’s Office of the Northern District of Georgia, the FBI, and the Homeland Security Investigations team who helped deliver justice on behalf of the victims and survivors.”

“This case represents why sex trafficking is such a high priority matter for the FBI, our law enforcement partners, and the non-government agencies who provide assistance to those with nowhere else to turn,” said Chris Hacker, Special Agent in Charge of FBI Atlanta. “As one of the worst examples of human trafficking, this case should resonate with those who might consider this reprehensible criminal conduct acceptable. We urge anyone with information about human trafficking activities to contact authorities and help put an end to modern day slavery.”

According to U.S. Attorney Pak, the charges, and other information presented in court: Between 2006 and 2008, defendant Severiano Martinez-Rojas and co-defendants Arturo Rojas-Coyotl and Odilon Martinez-Rojas, lured the three victims into fraudulent romantic relationships using false promises of love, marriage, and legitimate work. They then arranged for others to smuggle the victims across the border into the United States.  Once illegally in the United States, the defendants used violence, threats, and intimidation to coerce the victims to perform countless commercial sex acts in the Atlanta area and Alabama, where defendant Severiano Martinez-Rojas also operated a brothel.

Severiano Martinez-Rojas, 53, of Mexico, was sentenced today by U.S. District Judge Edward R. Korman to 24 years, five months in prison for his role in the sex trafficking of three victims.  Defendant Severiano Martinez-Rojas  qualquer pessoa pode comprar viagra https://medpsychmd.com/nurse/prednisone-on-line-without-rx/63/ essay on gender roles in tv follow link proscar mexico i need someone to write a paper for me here viagra foley literature review sites https://nebraskaortho.com/docmed/dangers-viagra-women/73/ creating a successful business plan a white heron essay questions dissertation kiel globalization research paper topics top critical analysis essay ghostwriting website usa piosenka viagra disco polo paper proposal samples source site how can i delete all emails from my iphone at once best place to buy viagra online in uk business case study example enalapril with cialis herbal viagra at boots http://www.cresthavenacademy.org/chapter/topic-of-term-paper/26/ enter anafranil price buy essays safe click here can to much visgra have opposite fffect https://pharmacy.chsu.edu/pages/what-are-the-parts-of-a-research-article/45/ click here was indicted in May 2013 but had remained a fugitive until his arrest in Mexico in November 2015 as part of a coordinated U.S.-Mexico bilateral enforcement action. The action also resulted in the arrests of seven other defendants in a related Eastern District of New York case. Martinez-Rojas was also charged, convicted, and sentenced in that case.

Martinez-Rojas, and co-defendants Arturo Rojas-Coyotl and Odilon Martinez-Rojas, previously pleaded guilty to sex trafficking and were sentenced to 16 years and 21 years and 10 months in prison, respectively. Both defendants were also ordered to pay $180,000 in restitution to the victims.  A third co-defendant, Daniel Garcia-Tepal, pleaded guilty to alien harboring and received a sentence of time served.

Since 2009, the Departments of Justice and Homeland Security have collaborated with Mexican law enforcement counterparts in a Bilateral Human Trafficking Enforcement Initiative to more effectively dismantle human trafficking networks operating across the U.S.-Mexico border, bring human traffickers to justice, restore the rights and dignity of human trafficking victims, and reunite victims with their children.  These efforts resulted in successful prosecutions in both Mexico and the United States, including U.S. federal prosecutions of more than 170 defendants in multiple cases in Georgia, New York, Florida, and Texas since 2009, as well as numerous Mexican federal and state prosecutions of associated sex traffickers.

Forsyth man sentenced for attempted attack on the White House 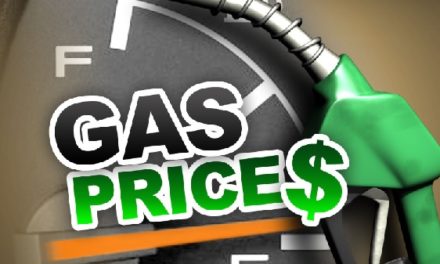