Mrs. Imogene Virginia Harkins Blankenship, age 82, of Rome, passed away on Tuesday, December 11, 2018, at her residence.

Mrs. Blankenship was born on August 12, 1936, in Aragon, GA, daughter of the late Claude Harkins and the late Edna Austin Harkins.  She attended Model High School until 1953, where she met Mr. William V. Blankenship.  They married on September 12, 1954.  She attended New Antioch Baptist Church and was a member of Bethel Baptist Church.  Imogene was a homemaker and was a member of the Rome Shrinettes and Order of the Eastern Star.  She was an avid bowler with Floyd County Lanes for over 12 years, was a die-hard Braves fan, and loved playing Bingo and being a devoted grandmother.  In addition to her parents, Mrs. Blankenship was preceded in death by her husband of 50 years, William V. “Pappa Smurf” Blankenship, and by a great-grandson, Jaxson Fain Wacker.

Memorial services will be held on Friday, December 14, 2018, at 4:00 PM, in the Chapel at Henderson & Sons Funeral Home, North Chapel, with the Rev. Ricky Studdard officiating.

The family will receive friends at the funeral home on Friday from 3:00 PM until 4:00 PM.

Lindale Woman Released from Hospital After Being Ejected 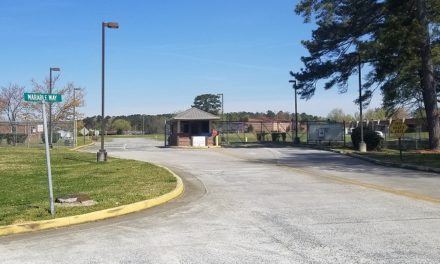