Recently, I and two of my colleagues spent the day at Gilmer High School in Ellijay talking to students about the dangers of vaping. Addiction treatment agencies like ours have been increasingly involved with the issue because there are many more addictive compounds available for vaping devices than just nicotine. And some of those compounds are causing medical emergencies and addiction among users.

For anyone unfamiliar with the term vaping, it generally refers to the use of electronic devices as an alternative to smoking. These devices, sometimes called e-cigarettes, heat chemicals and water into a steam vapor that is inhaled. Most use a small cartridge to hold the chemicals, which can be replaced when depleted. Vaping devices come in a variety of shapes and sizes and some may look like pens or computer flash drives. They have very little odor and can easy to conceal.

When introduced, many vaping devices contained nicotine and were marketed as a safer alternative to smoking cigarettes. As they grew in popularity, manufacturers introduced flavorings and other compounds that might induce people to use them. In fact, some people who vape report using only flavored cartridges that contain no nicotine.

But even without nicotine, most vapes contain other harmful chemicals. According to Centers for Disease Control and Prevention, e-cigarette vapor is not simply harmless water vapor, but contains ultra-fine particles that can be inhaled deep into the lungs, volatile organic compounds, known cancer-causing chemicals, and heavy metals such as nickel, tin and lead.

To make matters worse, some retailers sell compounds that can pose a very serious health risk for young people. One compound is called AB-Pinaca, a chemical that is sold as a synthetic marijuana but has absolutely no relation to the cannabis plant. AB-Pinaca is one of several types of synthetics originally developed by pharmaceutical companies, but which proved to have little or no medicinal or market value. Many of these compounds are now being manufactured overseas, with slight chemical variations, then shipped here.

AB-Pinaca is a DEA Schedule 1 controlled substance and was responsible for multiple medical emergencies among students in Pickens, Gilmer and Fannin counties this fall. The owner of a chain of vape shops in those counties was arrested for illegally distributing the substance, and authorities subsequently intercepted two 30-pound boxes of another unknown substance shipped to him from Indonesia.

That highlights one of the biggest dangers of vaping – you can never be sure what you’re getting. Retailers may sell you something they call ‘synthetic marijuana,’ but you have no way of knowing what chemicals are actually in that vape cartridge, how harmful they might be or how your body will react to them. It’s very similar to what we saw with ‘bath salts’ a few years ago, which killed several young people in Georgia; people bought the products at a retail store so they assumed they were safe. They weren’t, and people paid with their lives.

The other critical risk from vaping is addiction – not just to the nicotine, but to substances such as AB-Pinaca or whatever else might be added to vape compounds. Although a majority of an individual’s brain development occurs in the first three years of life, a person’s brain continues to develop in significant ways until he or she is almost 30.

According to a Surgeon General’s report about vaping, each time a new skill is learned, stronger connections – or synapses – are built between brain cells. Young people’s brains build synapses faster than adults, and because addiction is a form of learning, adolescents can get addicted more easily than adults.

The bottom line is vaping is not a safe alternative to cigarettes, and carries increased risks for young people, including addiction. It’s also illegal for people under age 18. So talk to your children about the dangers of vaping, and if they want to quit but feel they can’t, talk to your doctor or an addiction counselor. You could save a life.

For an easy-to-understand guide about the dangers of vaping, visit the Surgeon General’s “Know the Risks” website at https://e-cigarettes.surgeongeneral.gov. 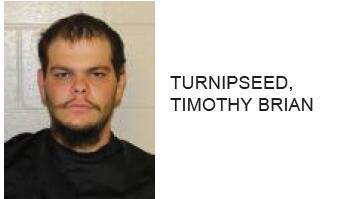 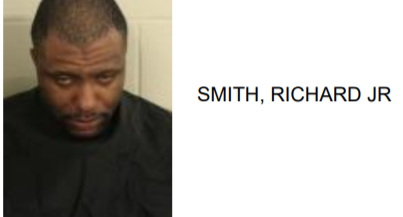 Rome Man Found with Marijuana and Meth Near Pubic Region