Motorists in 32 states are welcoming cheaper or stable gas prices at the start of the workweek. Today’s national gas price average is $2.85, which is the same price as last Monday, one-cent more than last month and 27-cents more expensive than this time last year.

The latest Energy Information Administration (EIA) data reports that both U.S. gasoline demand and stocks declined signaling supply and demand are in sync post the summer. This is true for most regions, except in the Great Lakes and Central region where prices are increasing due to maintenance at a handful of refineries.

While the national gas price has remained stable throughout September, the price of crude oil started to increase in the last week.

“Crude oil prices pushed past $70/bbl for three days last week,” said Jeanette Casselano, AAA spokesperson. “If they trend above this level for a sustained amount of time, we could see a trend reversal in pump prices meaning it may cost more to fill-up as we get closer to the end of the year.” Overall, the increase in gas prices can be attributed to planned and unplanned maintenance at half a dozen refineries in the region. In fact, total inventory in the Great Lakes and Central region sits at 52.3 million bbl according to the EIA. Despite being on par with levels this time last year, the 52 million mark is one of the lowest levels seen since Memorial Day Weekend this year. The low inventory is a contributing factor for the increasing gas prices.

Despite similar year-over-year inventory levels, some motorists in the region are paying in the neighborhood of 50-cents more to fill up compared to last September: Indiana (+58 cents), Ohio (+53 cents), Illinois (+49 cents) and Michigan (+46 cents).

On the week, gas prices are cheaper across the Mid-Atlantic and Northeast states with Delaware (-8 cents) seeing the largest pump price drop in the country and the region.

Gasoline inventories declined by 1 million bbl on the week, according to the EIA. However, sitting at a healthy 65.8 million bbl in total, the draw did not have a large impact on week-over-week gas prices.

Gas prices continue to trend cheaper for the majority of South and Southwest states with South Carolina and Florida seeing the largest decreases on the week of two-cents. Only Oklahoma (+5 cents), New Mexico (+2 cents) and Arkansas (+2 cents) saw gas prices increase in the region.

With a draw of nearly 675,000 bbl, total inventories sit at 80.5 million bbl, which is the lowest level for the region in the last four weeks. Most motorists in the region can expect gas prices to continue to decrease as demand steadily drops.

Utah (-4 cents), Idaho (-2 cents) and Wyoming (-2 cents) are among the top 10 states in the country to see the largest pump price drops on the week. Motorists in Colorado (+2 cents) saw a slight increase while those in Montana saw no change. Overall, gas prices in the Rockies states remain relatively stable as gasoline inventories increased slightly, pushing closer to the 6.5 million bbl mark.

Motorists in the West Coast region are paying some of the highest prices for retail gasoline, with six of the region’s states represented in the nation’s top 10 most expensive list. Hawaii ($3.78) is the nation’s most expensive market, followed by California ($3.65), Washington ($3.38), Alaska ($3.30), Oregon ($3.25), Nevada ($3.19) and Arizona ($2.87). Prices in the region remain relatively flat compared to last week, except for one-cent jumps in California and Hawaii. Alaska’s price dropped a penny, marking the largest decrease in the region on the week.

The EIA’s weekly petroleum status report showed West Coast motor gasoline stocks grew by 500,000 bbl to 28.9 million bbl during the week that ended on September 14. Stocks are 1.2 million bbl higher than where they were at this time last year, which could shield against a price spike this week.

At the close of Friday’s formal trading session on the NYMEX, the WTI increased 46 cents to settle at $70.78. Oil prices jumped higher last week after EIA’s report showed another decline in oil inventories, which now sit at 394.1 million bbl. The supply drop from the previous week’s 396.2 million bbl has put another spotlight on limited global supply as fall approaches. U.S.-imposed sanctions on Iran and sharp reductions in economically stressed Venezuela are two factors driving concerns that this fall there could be major global crude supply challenges. If EIA’s report this week shows another decrease in domestic crude stocks, oil prices are likely to continue their ascent amid continuing global supply concerns.

In related news, OPEC and its partners who have worked to reduce their combined total crude output since January 2017 met on September 23 in Algiers, Algeria, to discuss compliance with their production agreement. After the meeting, OPEC’s leaders confirmed that the cartel does not intend to increase crude production in the near future to offset global supply concerns.

Motorists can find current gas prices along their route with the free AAA Mobile app for iPhone, iPad and Android. The app can also be used to map a route, find discounts, book a hotel and access AAA roadside assistance. Learn more at AAA.com/mobile. 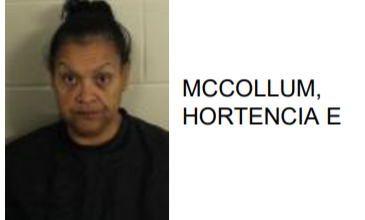 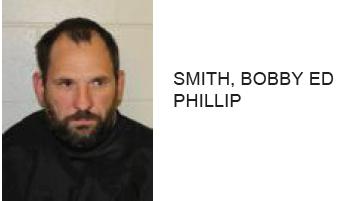 Suspect Arrested after Attacking Man and His 4 Year-old Child