The labor force also jumped as summer job seekers hit the market. With the labor force growing faster than could be absorbed through hiring, the unemployment rate ticked up for the month.

Still, all indicators remain positive for the year.

The commissioner explained that despite an increase in the unemployment rate, he remains confident about the overall job market.

“The Georgia job market is very strong,” said Butler. “An increase in the unemployment rate is common this time of year due to an increase in high school and college graduates entering the workforce.”

The Northwest Georgia labor force ended June at 426,744, up 11,253 over the last year. That number is up 4,006 over the last month, more than four times the monthly average increase over the year.

As a result of this spike in the labor force, the unemployment rate in the Northwest Georgia region increased by .7 percent to 4.1 percent. It was 4.9 percent a year ago. The rates in Georgia’s 12 regions vary from a low of 3.6 percent in the Georgia Mountains to 5.2 percent in the River Valley and Heart of Georgia regions. 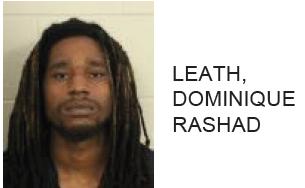