Butler noted employed residents and labor force both increased in March. At the same time, the unemployment rate fell and claims went down.

“It’s good to see such a strong report in March,” Butler said. “So many of our local communities are trending in the right direction in terms of job creation and hiring. And, we are even seeing records in many places.”

Visit dol.georgia.gov to learn more about career opportunities, Employ Georgia and other GDOL services for job seekers and employers and to connect with us on social media.

Pump Prices Packing Punch to Motorists, but Show Signs of Tapering Off

Arrest Made in Calhoun Pharmacy Burglary 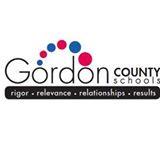