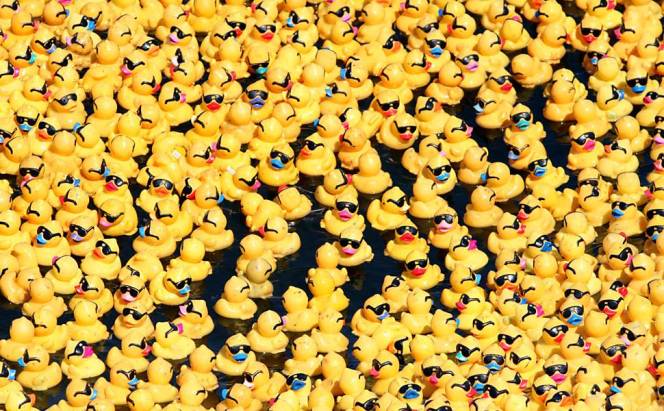 The 16th Annual Duck Derby fundraiser proved to be another successful event for the Advocates for Children organization. Overall duck sales reached 18,016 ducks before the big event on Saturday, May 12th. When combined with 110 runners in the 14th Annual Duck Dash 5K and Fun Run, the two duck-themed events raised more than $108,000 for the organization.

Saturday’s festivities began early with the Duck Dash 5K & Fun Run at Cartersville Primary School. The weather was much more cooperative than it was last year making it a great morning for runners to complete the 5K and for the little runners to make their mark in the Fun Run. Bill Archer and Jill Braley took home the glimmering, gold duck trophies with winning times of 18:38 and 19:34, respectively.

Once the festivities for the 5K and Fun Run wrapped up, everyone headed over to Lakepoint Sporting Complex for the 16th Annual Duck Derby at Terminus Wake Park.

Two food trucks from Rome and Atlanta called the Terminus parking lot their home for the day. Visitors had their choice between lobster rolls and gourmet grilled cheese sandwiches. Kona Ice was also on site to provide a frozen treat to help beat the sweltering heat that Saturday afternoon. The Community Coffee Shop kept event guests hydrated, caffeinated, and ready for the big duck race.

The highlight of the day was the plucking of the winning ducks. The luckiest duck of the day belonged to Joseph Nelson, earning him the grand prize of $10,000. Ten additional prizes were awarded including a Big Green Egg and an impressive basket of offerings from generous Downtown Cartersville merchants and restaurants.

Preceding the main duck race was a sold out Very Important Duck Race with 113 entries. That duck package sold for $250 and offered great odds for winning one of three cash prizes valued at $1,000, $500, and $250. The VID winners were: Sharon Swanson, Alison Biles, and Angela Collum with Xpress Taxi. Swanson and Collum both generously donated their winnings back to the organization.

Advocates is extremely appreciative of everyone who bought ducks, encouraged others to buy, attended the event or supported it in any way. We are particularly thankful for our event sponsors that made the event possible including Kennesaw Transportation for sponsoring the $10,000 grand prize, and our Quacky Cash prize sponsors of Collins Enterprises HVAC and Refrigeration, Inc., C&C Gutters, and Synovus. As always, we are thankful for Terminus Wake Park and Lakepoint Sporting Complex for being such gracious hosts for accommodating and supporting the event and activities. 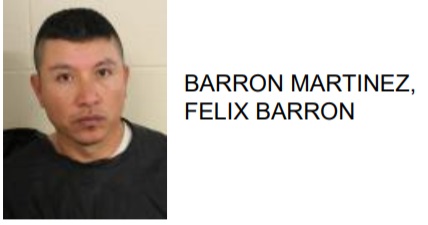 Lindale Man Pulls Gun on Another at East Rome Walmart