Educators are starting to acknowledge the data collected that shows encouraging positive behavior is better for school culture than punishing negative behavior. Rome City Schools has completely bought in and parents have likely seen some of the changes in conversations with students on the ride home or around the dinner table.

Dr. Robbie Vincent, District Coordinator for PBIS (Positive Behavioral Interventions and Supports) and Student Support, has worked with each school to implement PBIS. Now, every school in the Rome City system has completed the training, making them one of the few systems in Northwest Georgia to achieve the 100 percent-trained mark.

“PBIS was first introduced in Georgia around 2007 because the Department of Education started looking at the rates of discipline, especially among special education students. The DOE then formed a team who would address how to support schools with discipline,” Dr. Vincent explained. “In 2008, the state started to roll out the program and training school teams.”

She went on to detail how PBIS works by using a framework that is research based. Schools construct a program using this data, helping them to become more proactive when dealing with behavior challenges.

“Right now, the DOE reports that there are 1000 Georgia schools and 27,000 schools nationwide who have adopted PBIS practices. Our school system started in the 2015-16 school year with training. I am really happy with the results we have seen using PBIS in our schools, and I believe in the program because I am a positive person. My mother always said that you have two choices in life, to get better or to be bitter. She told me to always choose better, and PBIS falls right in line with the things she instilled in me,” Dr. Vincent said.

As an educator and administrator for 24 years in Rome City and Floyd County Schools, Dr. Vincent said that negative reinforcement never helps improve behavior. That’s why PBIS is centered on teaching the expected behavior rather than punishment.

“When we took a look at our students who were struggling academically, we can easily see that we need to teach them better study habits,” Dr. Vincent said, “so PBIS uses the same approach to teaching behavior. Each of our schools has developed their own themes after going through the training and we collect the information in a database called SWIS, or School Wide Information System. Using this data, we are able to analyze behavior trends in our schools and we can tailor the program to meet each school’s specific need.”

Using Elm Street Elementary as an example, she says the PBIS team there has formed a motto: RCS the Elm Street Way. Rome Middle has adopted the mantra of, “Be RMS” or be Respectful, Motivated and Safe.

“The idea is for the entire campus to build the school’s behavioral expectations around the overall message developed by the PBIS team. This team also designs lesson plans and they create posters that are all around the school. Teachers can then use the phrase they have for their school to correct unwanted behavior. For example, they can say, ‘Remember, Be RMS,’ instead of yelling at students who are exhibiting bad behavior. It is a more positive way to teach students good behavior and it is working for us.”

PBIS does not end with a slogan and messaging. Administrators, teachers and staff at each school have incentives they can reward students with who show the positive behavior expected. “All of our schools have a reward system, like Wolf Bucks or Hero Points, that student can use to purchase extra activities of treats from designated areas inside the school. We also want to reward our students for doing a good job,” said Dr. Vincent.

There are long term and short term incentives, like an end of the year party or lunch with a friend, which students can earn throughout the year adding a layer of patience, hard work and determination to the lessons of PBIS. Most RCS parents who have emptied a take-home folder, or listened to teenagers chat in the back seat know these incentives all too well. Whether it is a pocket full of Wolf Bucks or a much needed break at the end of the week, the students are following the lead of PBIS.

“One of the most impactful things to me is the feedback we get from our kids. In our PBIS newsletter, there was a little girl who explained what this entire process is about in a way that really hits home to me. She said, ‘PBIS is like a computer. If you type good things into it, good things come out.’ This really is what we hope to achieve as a system using PBIS. We have wonderful teachers who are really great with our students, and their hard work is paying off,” she said.

According to data collected by Rome City Schools, discipline referrals have been cut in half from before PBIS in 2015 until now. 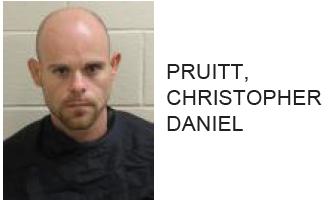 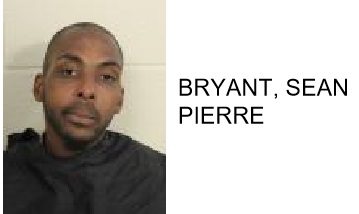 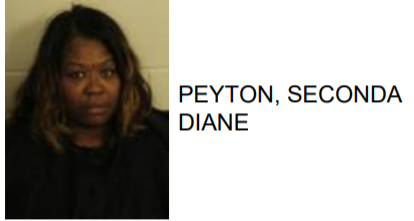