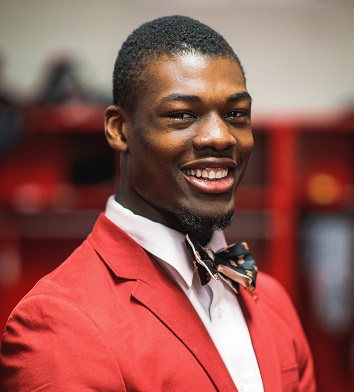 Rome Wolves defensive standout, Adam Anderson, adds some much-deserved hardware to his trophy cabinet by being awarded the Atlanta Touchdown Club’s Bobby Dodd National Lineman of the Year
award. A ceremony was held on January 25 at the Atlanta Marriott where he was recognized with nine other Georgia high school gridiron stars. Anderson, who will join Kirby Smart’s University of Georgia football squad this fall, led Rome High to their 2nd state championship this year, helping the Wolves to hoist the banner for
back-to-back Class AAAAA titles under the direction of Coach John Reid.

The Five Star defensive end and his pack finished the season 15-0, with Anderson piling up 83 tackles, 35
tackles for a loss, 15 sacks, one interception, three forced fumbles, two fumbles recovered and one fumble
recovered for a touchdown. Past high school athletes who were honored with this award are Trent Thompson,
Robert Nkemdiche and Jadeveon Clowney, putting Anderson in a class with players known for being an anchor
on the defensive side of the ball.
###
In 1987, the longtime dream of the Touchdown Club of Atlanta was realized with the creation of an award for the best High School Players in the nation. As stated by the 1987 Touchdown Club president C. Everett Thomas, “It’s an honor and a privilege to announce our commitment to amateur sports. It’s something we
wanted to do on the national level for some time now. From what we know, this is the only national award
given to high school players.” 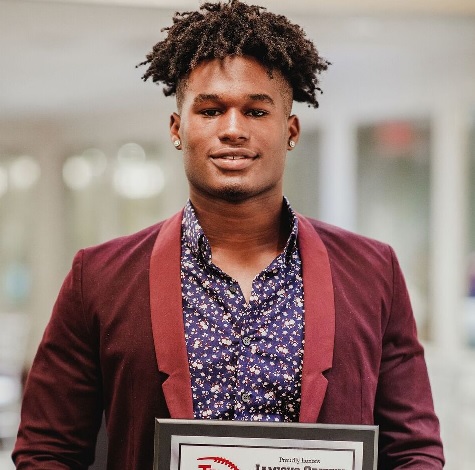 Jamious Griffin Recognized by the Touchdown Club of Atlanta