Christopher Smith, 43 of Cave Spring, and 53 year-old John Czarnecki of Chamblee, were arrested in Kansas over the weekend after a murder and kidnapping.

Czarnecki is accused of murdering 56 year-old Abraham Rudolph Jacobs at their apartment complex on Thursday. Police have not released how the death occurred.  Police did say that they felt as if the homicide was the result of an armed robbery.

After the murder police said Czarnecki picked up Smith and they drove Jacobs’ stolen SUV to Cape Girardeau, Missouri, where they kidnapped a woman at knifepoint Thursday outside a Wal-Mart . She was taken to a cornfield and robbed but released unharmed.

Both men were taken into custody Friday night in Grinnell, Kansas after being spotted by Kansa Highway Patrol and U.S. Marshals.

Both men are charged with kidnapping, robbery and armed criminal action. Smith has not been charged in connection with Jacobs’ death. 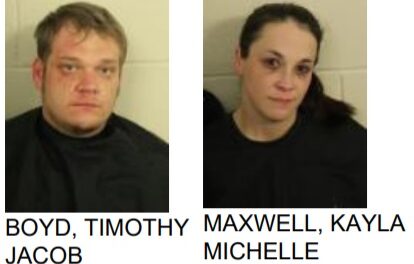