The 2017 NFL draft is over. The Atlanta Falcons were in a somewhat unusual situation for them. They did not need to fill major holes. This is a team that had a substantial lead in the third quarter of the Super Bowl. Yes, they let that lead slip away but that is indicative of a lack of depth on defense and some poor late game play calling. This was not a draft where Atlanta needed to draft for the future or find a quarterback. This was a draft where the Falcons just needed to shore up a few spots mostly from a depth perspective. And that is exactly what they accomplished.
There were other teams that drafted more impact players than the Falcons but that was not the goal in Flowery Branch this offseason. Atlanta was not looking for a starting quarterback or running back this draft. They did not need a number one receiver. They have Matt Ryan, Devonta Freeman and Julio Jones respectively. Again, Atlanta didn’t lose the Super Bowl because they lacked talent. They lost the Super Bowl due to bad offensive play-calling in the fourth quarter and a lack of depth at a couple of positions. The Falcons went into the draft needing to improve the pass rush, add a starting linebacker and build depth along the offensive line and on defense. This is what they accomplished:
The first round pick of Takk Mckinley is the pass rush help they were looking for which is why they traded up to get him. McKinley can play defensive end in a 3-4 defense or outside linebacker in a 4-3. He registered 17 sacks in his three season with UCLA. What makes him special is that he goes full-bore every down. A lot of elite pass rushers take downs off, not Takk. His motor runs non-stop. He has a quick burst of speed that allows him to succeed in coverage and keep containment on the outside. Playing opposite Vic Beasley should open up opportunities for both players.
The Falcons traded out of the second round getting back much needed picks they gave away to trade up for McKinley. They still got the linebacker they would have taken in the second round in Duke Riley from LSU. There was little chance that he would go before the Falcons picked in the third round. Riley only started his senior season at LSU when he led the team with 93 tackles. He is undersized for an NFL linebacker and does not dazzle you with any single attribute but he has good instincts and tackles well. He fits Dan Quinn’s defensive vision perfectly at outside linebacker. He is decent in pass coverage and can stop the run. He reminds me a lot of the Keanu Neal pick that people criticized the Falcons for in last year’s draft only to eat their words later.
Fourth round pick Sean Harlow from Oregon State fills the need for depth along the offensive line. Harlow can play center and both guard positions. It is not necessary for him to start as a rookie but it will be for him to contribute in the rotation. He should be able to do exactly that.
The fifth round pick of Damontae Kazee from San Diego State is less exciting. While he did record 15 interceptions in college, it was against lesser talent. There is not a glaring need at cornerback and Kazee might well end up playing free safety eventually if he manages to stick with the team.
The second fifth round pick, running back Brian Hill from Wyoming has the size and strength to play in the NFL. He can block and is a decent runner with a burst of speed. Do not be surprised if Hill passes Terron Ward on the depth chart.
The third Falcons pick in the fifth round is the one I am most impressed with. Tight end Eric Saubert could become a star down the road. If you read about him you hear complaints about dropped passes. If you watch his video you see a seemingly endless stream of Saubert going up and taking the ball away from defenders. I believe with the coaching he will get with the Falcons he will become a weapon in the passing game.
Overall I would give the Falcons a B in a draft that didn’t find them with several holes they desperately needed to fill. If four of the six draft picks are on the active roster in 2018 this will have been a successful draft for Atlanta. The franchise is coming off the worst collapse in the history of the NFL. Nothing short of a return trip to the Super Bowl will be considered a successful season in 2017. They have the talent and now should have the depth to accomplish that goal. What remains to be seen is whether this team can rebound from such a devastating defeat to focus on making it back to the Super Bowl. 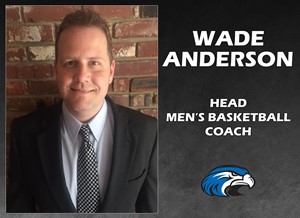 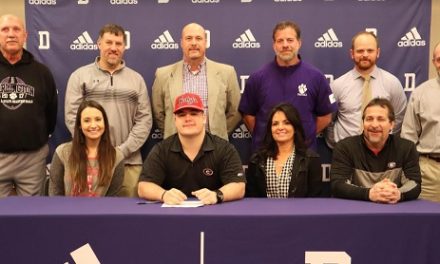