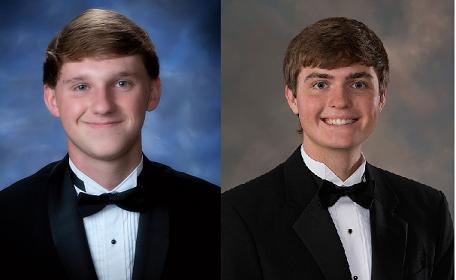 Two seniors from Floyd County Schools have been recognized as Georgia Scholars by the Georgia Department of Education.  Earning the honor for 2017 were Brian Richey, of Armuchee High School; and Sam Bryant, of Model High School.

To be selected as a Georgia Scholar, a student must be a graduating high-school senior who exhibits excellence in all aspects of school life, community activities, and in the home.  The student must present evidence of having carried an exemplary course load in the four years of high school; performed excellently in all courses; successfully participated in interscholastic events of the school or community; and assumed an active role in extracurricular activities sponsored by the school.

By the end of his senior year, Brian Richey will have completed nine Advanced Placement courses and thirteen honors courses and he will graduate third in his class with honors at Armuchee High.  He is a Georgia Certificate of Merit recipient and is a member of the Spanish Honor Society and the National Honor Society.

Richey is also active in Armuchee High’s extra-curricular activities.  He is an important member of the AHS cross country team, placing first in the region meet and fifth in the state competition.  Richey is captain of the Armuchee varsity soccer team. He is also an active member of FCA and Key Club and has served as a student council representative. Richey is also has been active in chorus and was selected for Allstate Chorus.

He has volunteered many hours to school and community service with the National Honors Society and church outreach programs:  Relay for Life, Community Kitchen, his church’s praise team, and Trail Life USA are examples of his activities in the community.  He is also a member of the Floyd County Youth Action Team, which is a group of bright young men and women who meet regularly to discuss and develop plans that address important issues in the community.

Richey will attend Georgia Tech in the fall.

Sam Bryant is accomplished in the classroom, on the tennis court, and also at home on stage in a theatrical production.   The senior at Model High School will graduate as valedictorian of his class in May.  He is in the National Honor Society, participated in the Governor’s Honors program and Boys State.  He was a Youth Senate semi-finalist in 2016.

The theater has also been a focus of his talents in high school.  Bryant played the lead role of Bobby Child in the system-wide musical production of “Crazy for You” this spring and was cast as Monsieur Andre’ in the first system musical “Phantom of the Opera” in 2016. Bryant has also appeared in eight productions with Rome Little Theatre and he is a two-time region champion member of the Model One Act Play cast.

Bryant plans to attend the University of Georgia in the fall and major in International Affairs and minor in Mandarin Chinese. 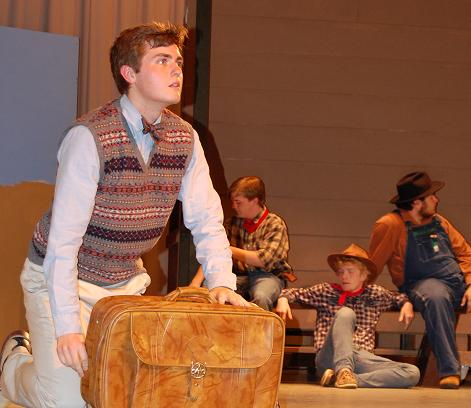 Crazy For You musical hits the stage this weekend