Several Arrest Made After Police Called to Summerville Restaurant

The Summerville Police Department responded to a call at Hops and Haze on Commerce Street in Summerville last Saturday night.

According to a report from the Police Department, police arrived in reference to a call about a fight and underage drinking at the establishment.  When an officer arrived and spoke with the owner of the business, he advised the owner that there were underage patrons in the bar who had been served alcohol and that patrons should remain inside the establishment and not out on the sidewalk.

The officer said that he observed several subjects standing outside the establishment and in nearby business parking areas.  The owner of the business did have security, but according to police, the security staff had not been able to gain control of the situation.

While officers were inside the establishment they observed one patron passed out, face down on the bar.  According to the report, the staff of the business were continuing to serve alcohol to others around the man and did not attempt to wake him up or remove him.

The officer called for backup and made several arrests in connection with the incident.

Also arrested was twenty-nine-year-old Justin Lee Koonce of Gaylesville, Alabama.  Koonce was accused of shouting obscenities at police and was said to have kissed a female that he didn’t know, against her will.

From AM 1180 in Chattooga COunty 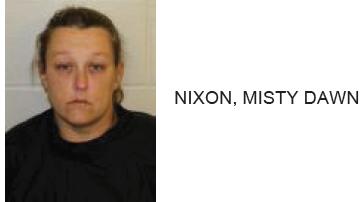