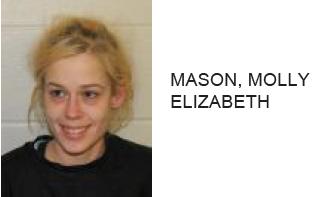 Molly Elizabeth Mason, 27 of Rome, was arrested on Wednesday for burglarizing and exploiting an 89 year-old woman.

Reports stated that in December of last year Mason stole several checks from her 89 year-old grandmother at her home on McGrady Road.  She then allegedly passed them at numerous locations, racking up over $4,000 in purchases.

Later last month she is accused of entering into the President’s Office at Berry College and stealing a Visa credit card.

Police added that it was also discovered that between October 19th and October 31, 2016 she presented checks at Heritage First Bank in the amount of $1,564.56 that was supposedly made by her elderly grandmother.  She also presented checks for $2,310 to Coosa Valley Credit Union and $3,380.02 to Wal-Mart.

In late December she is also charged with stealing her grandmother’s visa credit and Belk charge cards.

Mason is charged with two counts of first degree burglary, exploitation of the elderly, financial transaction card theft and three counts of forgery. 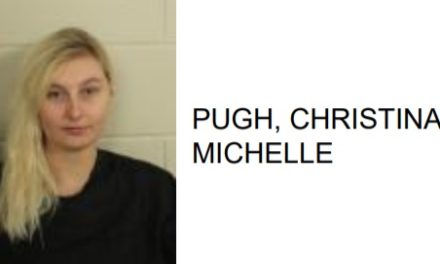