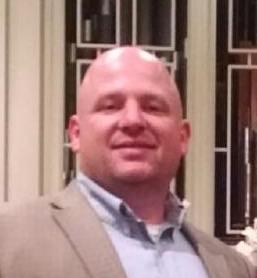 Another week is in the books for this forecast season. This past week was better for the forecast. It was 11 for 14. That is 79%. That brings this year’s numbers to 48 for 66. That’s up to 73% folks! Let’s see if we can improve that percentage. There is a lot of football to be played this week. So, let’s get on with the forecast. Here is my attempt to pick the winners of the local (Within Floyd, Bartow, Polk, Chattooga, Gordon, and Walker Counties) high school football contests. In addition, the forecast will include the 3 NCAA D-1 FCS teams within an hour’s drive from the Coosa Valley (give or take a few minutes).

Again… Here is the bottom line for the Wolves. Control the ball and they’ll control the outcome of the game. If they would have controlled the ball throughout the season so far, they would be undefeated. Paulding County is not Harrison, they will not have any answer for the athleticism the Wolves will be showing during homecoming. Expect Rome to roll at home.

Coosa proved last week that it could not show up for a big game, and the Chattooga Indians won running away. Now Coosa gets to head across the county to face a Pepperell Dragon team that is better than Chattooga. Lindale will rest easy this weekend. Eagles will get their wings torched.

This is a rival game, and during most rival games anything could happen. This will not be like most rival games. The only question during this contest will be how bad Model wants to run the score up. Armuchee is currently dodging wins will have no answer for the visiting Blue Devils this year.

Chattooga clipped Coosa’s wings last week. Now they have an opportunity to empty the bench and let the youngsters play. Gordon Central is coasting to a winless season and they will only be a wide spot in the road for the home-standing Indians. Chattooga will cruise through Gordon Central without slowing down.

The Mountaineers are now 3-1 and racking up points. The Yellow Jackets are 2-2 and wondering what has happened to their reputation. Competitive teams are smelling blood in the water as it relates to Calhoun. Many consider Calhoun down and everyone wants their own chance to pluck the Yellow Jacket’s stinger while they have the chance. Expect North Murray to step in line.

After last week’s loss, Ringgold needs redemption. Sonoraville has the ability to win. Will the Phoenix be able to rise up on the road? Absolutely!

This could be one of the best games of the week. The Purple Hurricanes will be headed into Polk County to take on a one loss Cedartown Bulldog team. Cedartown is playing very good football and will need to continue those ways if they want to take down top ranked Cartersville. This will be a game that tests Cartersville’s athletes. Cartersville should pass this test, but it could be close… very close.

Rockmart has the second best high school football team in Polk County. That isn’t exactly a complement. Dade County will try their best to put up a fight, but will not have enough dogs in this fight. Expect a bad night for the Wolverines.

The Cass Colonials have had on and off success this year. This should be one of the off weeks. Kell has a good football team and will be happy to make the drive to Cartersville to prove that point.

Bowdon beat Trion with ease. Darlington is not Trion. Bowdon is about to grab a Tiger by the tail and the Triger will not react kindly. Expect Darlington to out play Bowdon in every area of the game.

Trion will get the opportunity to even up their win/loss record this weekend. North Cobb Christian is winless this year and will take another loss at home.

Woodland… Well let’s just say they are 4th best of all Bartow County School’s football teams. Carrollton is 3-0 and always great. Expect this to be a terrible showing for the Wildcats. The Trojans will be winners again.

This could be another good football game. Though Ridgeland is undefeated at 3-0 and Northwest is a 2-2, this isn’t an easy call. Northwest lost to Dalton, but held them to 10 points. They also put up a big fight against Model. So, count on the Bruins to show up ready to play. If Ridgeland can continue to take care of business as they did against Darlington. They should be able avoid the “upset.” This might be a close one, but the Panthers prevail.

There are some games are hard to call, there are some that are complete guesses, then there is this game. Southeast is 3-1 coming in to this game. They are plenty strong enough as a team to repel any attempt by the Rambles to try to win this game. LaFayette has 2 wins, but they were against Armuchee and Gordon Central. That is not impressive.

Colonial Hills Christian is piling up the points. They scored 66 points last week alone. Unity will have nothing to stop this explosive offense. Their only hope will be to keep up with Colonial Hills with their own offense. That won’t happen.

Jacksonville State will be taking its show to Liberty to face the Flames on Saturday. Liberty, over the last few years, has been a team of two different faces. On the road, they can be under performers and at home they can be one of the hardest teams to beat in all of the FCS. This is as school where the students show up and pack the stands directly behind the visitors’ bench. The bottom line for Liberty is that they are well coached, have great fan support, and lots of resources ($$$). Jacksonville State has played some close games this year. Last week’s win against Coastal Carolina was one of those games that looked close on the scoreboard, and somewhat close in person. However, after checking the stat sheet and watching the replay, JSU really pounded Coastal. The problem continues to be poorly timed penalties as well as the kicking and punting game (not always the kicker or punter fault). If JSU hits the field and sees to its own business and can develop an early lead, then the crowd factor will be taken from the game. JSU needs to not cancel out quality offensive drives and touchdowns with returned kicks by the Flames. Liberty has a highly rated kick return game. Special teams could play a big role in this game. The biggest issue Liberty will be dealing with JSU’s defense. The Gamecocks’ defense will have their ears pinned back and be too fast for the Flames blockers. Liberty’s rushing game will suffer and their passing game is suspect. Apply pressure to the QB and interceptions should come JSU’s way. JSU’s offense will score points, Liberty’s return game will have its chances, but, the Gamecocks’ defense will be the difference.

Samford is 2-0 headed into their conference opener at Chattanooga’s Finley Stadium. UTC is 3-0 on the year after destroying a bunch of 13th graders called Shorter and Presbyterian. They then beat unranked Furman by a touchdown last week. This is an opportunity for Samford to state the case that they are still relevant in the Southern Conference. UTC is ranked at #3 and #5 in two different polls this week. They are ranked in the top five for a reason… Though, many are wondering what that reason is. Samford doesn’t expect to win, UTC does expect to win. This is a culture issue for the two schools. It is my opinion that Samford has yet to recover from its 55-14 beat down from Jacksonville State in the 1st round of the 2013 FCS Playoffs (the last time they met). Maybe UTC can sit down with them and share the story of their own 3 straight losses to JSU during the last 2 years. Talk about tugging at your heart strings!

The 2-1 Dukes of Duquesne University welcomes Kennesaw State to Pittsburg, PA for homecoming. Kennesaw has not been impressive this year. This is the type of team that can win a game they are not supposed to win, and then lose three games they should easily win. This is what the Dukes are considering a tune up for conference play. Kennesaw hopes Duquesne is focused on that look ahead. However, that will not be the case. This will be a good day for the alumni. The homecoming fans will go home happy.

These two schools have both taken a beating from the Tennessee School for the Deaf. The difference being GSD’s beating wasn’t quite as bad (16 points less). This is the second game for both teams. Home field and a better score against TSD are the only factors to go on. 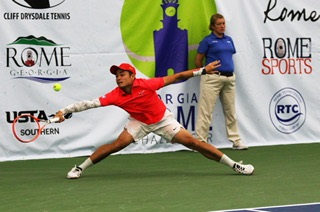 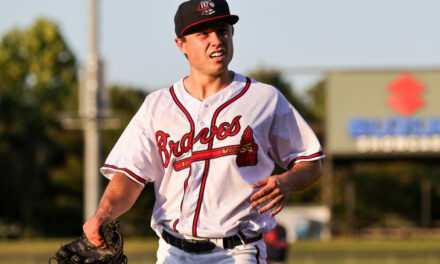