Just some random thoughts as the summer winds down. The Olympics are over. The NFL preseason is underway and college football is right around the corner. The best part of the year is fast approaching.
The Olympics proved to be quite entertaining and not nearly as disastrous as expected. Yes there were issues with pollution, traffic and crime but not nearly to the extent that was feared.
While people are lining up to join the lynch mob for American swimmer and known idiot Ryan Lochte, it is worth noting that Lochte’s story is not complete fabrication. It appears he and his fellow swimmers were forced at gunpoint to relinquish money. It just doesn’t look like it was an actual robbery. I’m guessing the whole story will make its way out eventually. But, I’m not sure I would trust the Brazilian police a whole lot either.
The United States overwhelmingly dominated in the medal count nearly doubling second place China 121 to 70.
The Southeastern Conference alone would have been way up the medal count list if it was its own country. Florida, by itself, would have finished 15th in medals won and 8th in gold medals. Not too shabby.
Preseason NFL football is usually pretty much meaningless, but occasionally a player or two stand out. For instance, Houston Texan defensive end Jadeveon Clowney actually looked a little like the dominant player he was supposed to be when Houston wasted the top draft pick on him.
In Dallas, rookie quarterback Dak Prescott has performed especially well in the preseason games. This season Cowboy fans might actually be glad when Tony Romo gets hurt.
College football officially starts Friday when Cal plays Hawaii in Australia and then cranks up for real the next week. The sport will try to put an unusually ugly off season in the rear view mirror. Scandals at Baylor and Tennessee dominated discussion throughout the spring and summer. Player run-ins with the law seemed a regular occurrence.
This culminated, hopefully, with a disastrous past weekend for the Notre Dame Fighting Irish. Five Notre Dame players were arrested when police found marijuana and a firearm in their car. A sixth player, CB Devin Butler, was arrested for allegedly assaulting a police officer. One player has been dismissed and another is suspended indefinitely.
At last, it is time to move past the troubles off the field and on to the battles on the field. One game I am particularly looking forward to opening weekend is the Georgia-North Carolina game. Georgia will have a big edge in talent but will also have an entirely new coaching staff and will probably be starting a freshman quarterback. A loss in that game will be a big blow to either team.
There is a surprisingly loud cry of outrage because Tim Tebow is trying out for baseball teams. What does it matter? If he isn’t good enough he will never make it up to the Major Leagues. It is sheer stupidity to be whining that he might be taking a spot on a minor league team that some other guy might have gotten. So what? If you are the last person in line for a spot on a single-A baseball team, you really don’t have much of a chance anyway. On the other hand, that minor league team can dramatically raise attendance by adding Tebow to their roster. I guarantee it would put some extra butts in the seats for the Rome Braves. And they could use it. 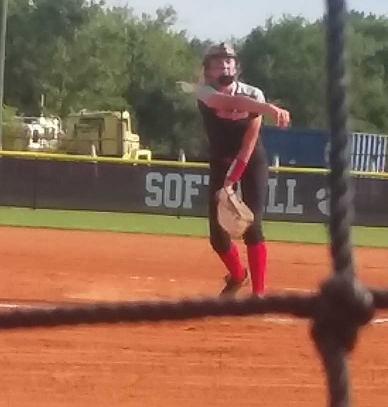 Cedartown Lady Dawgs Pitch No Hitter in Win over Darlington