The Cherokee County, Alabama man wanted for a double murder has been arrested. Murder suspect Jeffrey Alan Wilcox, Jr, 30, was arrested around 3 pm when his 2001 Chevy pickup-truck was spotted on West Main Street in Centre. Centre Police Officers conducted the traffic stop on Wilcox in the parking lot of the Cherokee County Sheriff’s Office.

He was taken into custody without incident.

His wife Chasidy was found safe in the truck with him and she was placed in the care of law enforcement. It appears at this time that Wilcox was planning to turn himself in.

Wilcox was wanted for Capital Murder and Kidnapping 1st Degree.

According to Cherokee County Sheriff Jeff Shaver, the United States Marshals Service is now offering a $5,000 reward for information leading to the apprehension of Jeffrey Alan Wilcox, Jr.  Wilcox is wanted for capital murder and kidnapping.

The double murder occurred on Sunday, July 31st, in the Tennala Community of Cherokee County.  The victims, according to Cherokee County Coroner Jeremy Deaton, have been identified as Daniel Andrews, and Letitia B. Andrews, both age 48. The suspect is believed to be the son-in-law of Latisha Andrews and the stepson-in-law of Daniel Andrews.  Wilcox is also wanted for kidnapping of his wife, 30 year-old Chasidy Wilcox.

Jeffery Wilcox, Jr., was last known driving a red 2011 Chevrolet Silverado with Calhoun county license plate number 11FR476.  Sheriff Shaver said, “the suspect is considered armed and dangerous and should not be approached.” Sheriff Shaver asks if anyone sees the suspect, the truck, or the the victim, to immediately call 911.

The Sheriff’s Office and the Cherokee County Major Crimes Unit are leading the investigation.  According to Chief Investigator Josh Summerford, multiple law enforcement agencies on the local, state, and federal level are assisting in the search for the suspect and the kidnapped victim.

According to Cherokee County Sheriff Jeff Shaver, warrants for Capital Murder and Kidnapping, first degree, have been issued for Jeffrey Alan Wilcox, Jr, age 30.  The warrants are in connection with a double homicide that occurred in the Tennala community on Sunday, July 31st.  The suspect is also wanted for the kidnapping of his wife, 30 year-old Chasidy Wilcox. 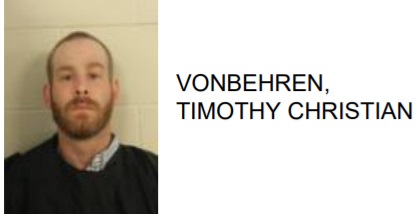 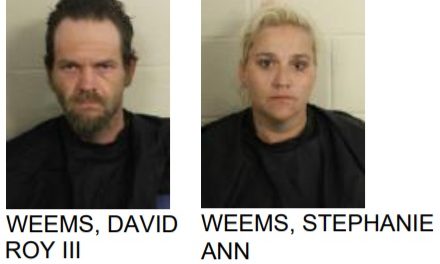