Last week I previewed the SEC West. This week I will take a look at the SEC East. With all due respect, which I doubt is much, to the rest of the East, this is a three team race this season. It is my opinion that the other four SEC East teams will be where the rest of the SEC loads up on wins. Of course, I could be wrong. It has to happen sooner or later. So here is the order I see the SEC East finishing in 2016.
Florida: I know lots of people are rolling their eyes here and calling me a homer. However, if you look back the last few years I have NOT picked my Gators to win the East. Florida surprised me as much as anyone last year. The Gators lost some bigtime defensive players to the NFL during the offseason, but an awful lot of talent returns to the Florida defense this season. When Caleb Brantley, Jarrad Davis and Marcus Maye all decided to come back it was a huge boost to the defense. The defensive line with Brantley, CeCe Jefferson, Bryan Cox JR and Jordan Sherit will be dominant. There is also plenty of depth along the line. The linebacker unit is not as deep but it is quite talented. Davis is an All-American candidate. And then there is the secondary. Maye’s return was necessary as the Gators have young talent at safety but it is mostly inexperienced. The real story is at cornerback where two future NFL first round picks reside in All-Everything Jalen Tabor and Quincy Wilson.
On offense, the big news is that there is depth at quarterback and at offensive line. While the Gators are glad to have an array of offensive weapons at their disposal this season, it might not help without better quarterback play. Two transfers top the depth chart at QB with Luke Del Rio (son of NFL coach Jack Del Rio) looking excellent in the spring game. Playmaker Antonio Callaway should be back by the fall as will Brandon Powell. Several incoming talents will vie to fill out the receiver squad along with pass-catching tight end DeAndre Goolsby. Two highly touted recruits from last year enter their sophomore season’s having both played a lot as freshmen in Jordan Scarlett and Jordan Cronkrite. They will be joined by JUCO transfer Mark Thompson who is a huge power back. If the offense is at all consistent the defense should enough for the Gators to repeat as SEC East champs. Florida wins the East if the offense is consistently effective and the kicking game improves.

Tennessee: The Vols are the sexy pick this year to win the East. But then, they were the sexy pick last year to win the East. I’m guessing that even if they finish third in the East in 2016 they will be the sexy pick to win the division in 2017 too. All joking aside, on paper this team should be the favorite to win the East. But, I’m one of those people who has to see you actually do it before I buy into the hype. People like to point out that Tennessee lost a lot of close games last year. The problem I have with that is they lost a lot of close games last year. Champions win those close games. The Vols return more starters than anyone I can remember in the recent past. Nearly the entire starting team is back. Senior quarterback Josh Dobbs really came on as a dual threat in 2015. Jalen Hurd and Alvin Kamara are playmakers at running back and that backfield will have to be reckoned with to beat the Vols. Josh Malone and Josh Smith return to provide a lot of experience at WR. Most importantly, the offensive line returns four starters from a year ago.
On defense all but one of the starting front seven return as well as both cornerbacks. This will be without a doubt one of the most experienced defenses in all of college football. Defensive end Derek Barnett, cornerback Cameron Sutton and linebacker Jalen Reeves-Maybin are all expected to be high NFL draft picks next year. However, this group has spent two years trying to figure out how to make a play or two in the fourth quarter to win a big game. I’ll believe they have taken the next step when I see them do it. And that brings me to head coach Butch Jones. I am just not sold on this guy as a game day coach. You would think after blowing two seasons by playing not to lose in the fourth quarter that he would learn and make the necessary adjustment this year. But I thought that about Will Muschamp for four straight years. The bottom line here is that if Tennessee beats Florida in Knoxville in September I will start to view them differently. The Vols will be heavily favored in that game despite having lost 11 straight to Gators. After going back and forth on this one I have finally decided that I think the Gators win that game. Tennessee wins the East if the Vols beat Florida and Butch Jones figures out how to coach a fourth quarter.

Georgia: I would have leaned toward Georgia in the East if the Bulldogs had an established quarterback. But, the way I see it, UGA will have no choice but to throw incoming freshman Jacob Eason off the deep end right from the start. It is not impossible for a true freshman quarterback to win in the SEC but it certainly makes things tougher and the entire offense will be adjusting to a new coordinator. Eason gets the benefit of the return of one of the top two running backs in college football with Nick Chubb. Before his injury Chubb was all but unstoppable and it is likely that UGA would have won the East last year if Chubb had not been lost for the season in the Tennessee game. Terry Godwin and Isaiah McKenzie are bigtime playmakers.
On defense Georgia returns six starters but only two from the front seven. New head coach Kirby Smart has coached defense under Saban for eight years. While he has holes to fill on the front seven Smart does have the luxury of returning his entire defensive backfield. Dominick Sanders is a leader at safety but this is a defense not really loaded with star power like Florida and Tennessee. Bulldog fans are counting on Kirby Smart to make up the difference. I think Smart will be successful at Georgia but I am just not sure he has all the pieces in place in 2016. Georgia wins the East if Jacob Eason performs beyond his years, Chubb stays healthy and the team overall meshes quickly with the new staff.

Missouri: It’s a new era of Missouri football as head coach Gary Pinkel (one of the most underrated coaches the last few years) retired last season. New head coach Barry Odom inherits a defense with nine returning starters. Pinkel’s defenses were always solid and surprisingly talented when compared to their recruiting rankings. The Tigers’ defense should be enough to carry them to a fourth place finish in the SEC East if the offense can improve at all over the struggles of 2015. Drew Luck returns as a starter at quarterback and troubled Maty Mauk is gone with all of his distractions. Overall there are six returning starters on the offense but that may not be important here. It’s a new day with a chance for players to make a new start. The schedule doesn’t do the Tigers any favors as they have away games at LSU, Florida, Tennesse and South Carolina. There is also a game at West Virginia but that will not affect their SEC standings. Missouri wins the East if the defense is completely dominant and the offense is at least efficient but that won’t happen.

South Carolina: The Gamecocks hired former Florida head coach Will Muschamp to replace departed Steve Spurrier. The Ole Ball Coach raised the bar at South Carolina before things started to go downhill. The team Muschamp inherited simply does not have the amount of talent it will take to win the SEC East. In fact, I expect the Gamecocks to be battling to become bowl eligible by the time November rolls around. With only four returning starters on offense, coordinator Kurt Roper will find it tough to score points against the brutal defenses of the SEC. The Gamecocks may be forced to start freshman Brandon McIlwain at quarterback behind an offensive line with only two returning starters. I don’t envy Roper.
On defense, Marquavius Lewis may be a star. There are six returning starters on the defense and Muschamp has a history of fielding stout defenses. But, he does not have the kind of overall talent he had at Florida. I expect the Gamecocks to be better in 2016 than they were in 2015 but not enough to win a lot of conference games. South Carolina wins the SEC East if Jacob Eason and Kirby Smart are unprecedented failures and a meteor hits Neyland Stadium on September 24th.

Vanderbilt: Head coach Derek Mason might start feeling some heat if this season is not better than I expect. That opening game against South Carolina might be critical for him and the Commodores. It doesn’t help that Vandy has six road games including four in conference. The Commodores face Mississippi and Auburn from the SEC West and will be big underdogs in both. Vandy does return seventeen starters including nine on offense. That experience might be enough to get them bowl eligible but that is about as much as Commodore fans can hope for. Vandy wins the East if-who are you kidding-they aren’t going to win the East.

Kentucky: If things are getting hot for Derek Mason at Vandy, they are even hotter at Kentucky. Vanderbilt didn’t really expect to win. Kentucky fans do have expectations and head coach Mark Stoops is not living up to them. Kentucky fans thought 2015 was going to be something special. A 5-7 record was not special. To make matter worse, the Wildcats must go on the road to Florida, Alabama, Missouri and Tennessee. After all that carnage they finish the season at Louisville. The Cats do return nine starters on offense but only five on defense. Some folks have Kentucky finishing as high as fifth in the SEC East but I just don’t see it. I think this will be brutal season with Kentucky staying home for the bowl season. Just as well really as the fans will have moved on to basketball by then. Kentucky wins the East if-pigs fly. 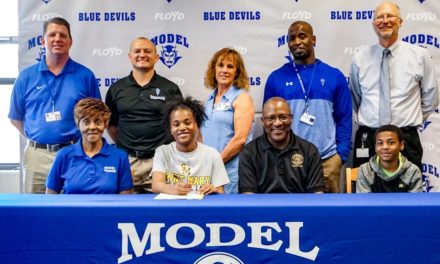