A Rome couple was arrested by Floyd County Sheriff Deputy Chris Parton on Sunday. Reports stated that Dominique Ladell Porter, 33, was being sought for a domestic altercation that left a woman with serious injury to her face, when he was found at Highway 411 at Dodd Blvd.

Reports said that Porter struck a female in the face, causing injury to her eye. The female victim’s eye had swollen shut and required stitches after being hit with his fist multiple times.  The victim also told police that Porter grabbed the woman by the throat in an effort to choke her.

During his arrest, Jessica Lauren Lyons, 30 of Rome, was found argumentative and allegedly drunk.  She was also charged with a parole violation.

Porter is charged with two counts of battery and aggravated assault. 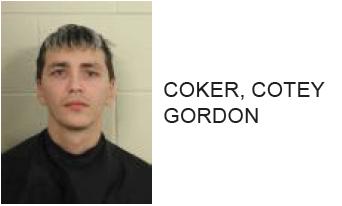