The Atlanta Braves have decided to part ways with manager Fredi Gonzalez. I cannot say I am surprised. The product on the field this season has been absolutely abysmal. Was that Fredi’s fault? No, not really. But, you cannot successfully argue that he made a bad team any better with his managing. However, as I pointed out right here in this same space back in February. This roster was not built to win games.
I said months ago that this was the weakest lineup I have seen the Braves start a season with in my history of watching the Braves which dates back to the early 70s. I’m pretty sure that this is the worst roster the Braves have EVER fielded including their stints in Milwaukee and Boston. In fact, at this pace, the win-loss record might well prove this to be one of the worst teams ever fielded by ANY Major League team in history. That is saying a lot.
The Braves pitching staff has a few bright spots but the people trying to tell me that poor hitting is wasting great pitching are delusional. Atlanta currently ranks 22nd out of 30 teams in team ERA. They have the third worst save percentage in the league at 50%. This is a young, and currently, mediocre pitching staff with a suspect bullpen. Even great hitting wouldn’t turn this staff into a contender and Atlanta certainly is going to produce anything close to great hitting.
The Braves have absolutely no power in the lineup. They are last in runs scored. They are last in RBIs. They are last in home runs. In fact, the next to the last team in home runs, Philadelphia, has almost three times as many home runs as the Braves. Last season Atlanta fans were disgusted to see their Braves finish last in the league in home runs with 100 homers. Right now, those hundred home runs are a veritable murderer’s row compared to this year’s roster. This season, 37 games in, the Braves have a paltry 11 homers. That projects out to less than 50 home runs for the entire season. Right now there are eleven individual players who have hit as many home runs as the entire Braves team. Folks, that goes way beyond just having a bad season. That is a pathetic roster.
Now, back in February when I pointed out how few home runs the projected starting eight position players actually hit in 2015 I heard many excuses. This guy would be healthier. That guy was just learning Major League pitching. And, oh yeah, they would make up for it in batting average. I even had one idiot tell me that the Braves might well have the highest batting average in the Majors this season. I laughed. As we sit here nearly a fourth of the way through the season, the only team with a worse batting average than the Braves’ .229 is Tampa Bay with .228. Fredi Gonzalez was never going to get this lineup to score enough runs to win even half of their games. It just wasn’t going to happen. Whoever manages the Braves for the remainder of the season will not dramatically improve the winning percentage but somebody’s head had to roll for this debacle and it wasn’t going to be the guys signing the checks. Personally, I never forgave Fredi for not pitching Kimbrel in the 8th inning of the playoff game against the Dodgers when LA’s best three players were coming to the plate.
So Fredi gets the boot. Who should the Braves get to replace him? For the short term, AAA Gwinnett manager Brian Snitker will move up as interim manager but it is unlikely that he will keep the job. I am sure the Braves will take a look at what is available and what might be available after this season. However, Atlanta is in the midst of what might turn out to be a lengthy rebuilding process. Yes, they have stocked their minor leagues with potential talent during the dismantling of the former roster, but the key word in that phrase is “potential”. Nobody can really predict which ones will pan out and which ones will fade after major league pitchers find a hole in their swings. It might be difficult to lure a top tier manager to come to Atlanta right now. The fact that the ownership situation is less than ideal doesn’t help in this process either. I have already heard names like Terry Pendleton and Eddie Perez, both on the Braves current coaching staff, bantered about but I don’t think either will get the nod. Not that I don’t think Pendleton hasn’t earned a shot. I just don’t think the Braves want what would amount to another Fredi Gonzalez taking over and that is how I see Pendleton.
So, I propose something kind of far-fetched. I think the Braves should consider giving the job to Chipper Jones. I know, I know, Chipper has exactly zero managerial experience or even coaching experience. I agree and normally I would think that was more than enough to eliminate him from consideration, but the Braves need a splash going into the new stadium. They need something that will fire up the fan base and stir some emotion. What better than bringing in one of the all-time favorite Atlanta Braves? And quite frankly, the ONLY real requirements to being able to manage is understanding the game and motivating players. I think Chipper fills those two requirements. Yes, there would be a learning curve. But, let’s face it, this team isn’t going to win anything in the near future anyway. He can grow into the position and learn along with the young talent as he molds them into a team. I think Chipper can pull this off and I think it would help the Braves mend some fences with a largely disgruntled fan base. It really couldn’t hurt. 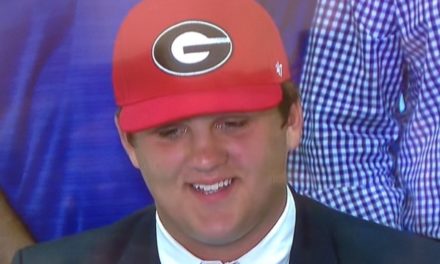