So Michigan head coach Jim Harbaugh is highly irate that the NCAA has decided to ban “satellite camps” for college football programs. What this means is that schools must hold their football camps on their own campus. Harbaugh blames the SEC for this ban even though it received votes from schools across the nation. The Big Ten was growing fond of holding their camps elsewhere. Ohio State was using the practice as well.
Don’t get me wrong, I’ve been to Ann Arbor Michigan and my first wife was from Columbus Ohio. I fully get why these coaches would like to host recruits somewhere other than those dumps. However, the NCAA made the correct decision here. Common sense would tell you that this practice would get out of hand quickly. How long before some school is holding its camp in, say, Aruba? Think what a recruiting tool that would be.
As for Harbaugh, who really cares what he thinks? The man is unhinged. Any time an NFL team wants you gone right after taking them to the Super Bowl, it speaks volumes about what a disgusting human being you are. Harbaugh will wear out his welcome at Michigan as well. It will take some time because they are desperate to win in Ann Arbor, but eventually his shtick will grow too tiresome to justify having him as the face of your athletic department. The guy is just unlikeable. It is hard to believe that John Harbaugh is really his brother. Maybe one of them was adopted.
Of course, Harbaugh claims the SEC is jealous of him coming into their territory to recruit. The SEC claims that Harbaugh is just jealous that SEC teams do not have to use gimmicks to recruit. Either way, the NCAA certainly did not make this rule change to benefit the SEC. The conference doesn’t garner that kind of love throughout the college football landscape. The rule was made because it was the right decision.
Let the Big Ten or little fourteen or whatever the conference is these days whine all they want. It just proves how much the SEC is in their heads. As the great coach Steve Spurrier once said, if they aren’t hating you, you aren’t beating them enough. And they are certainly hating the SEC. Relish it southern football fans. It is well earned. And you can’t really blame them for seeking a way to make recruiting easier. When a recruit visits Florida or Georgia or Ole Miss they find great weather, fantastic southern cooking and gorgeous coeds from the softball team with perfect tans. When they visit one of those northern schools they are snowed in at the bowling alley watching brats simmer in beer with coeds from the bowling team that are just as pale as those raw brats. Not that there’s anything wrong with that.
In the end, it comes down to football and no amount of Harbaughing will change the fact that the Southeastern Conference owns football, and softball, and baseball, and gymnastics and track and field…..

In the mind of Tony Potts- Thanksgiving Edition 2018 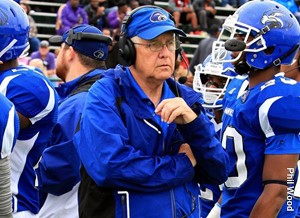 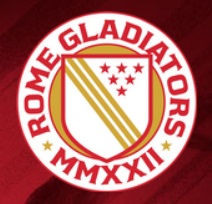