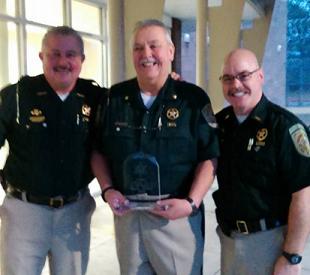 The Sheriff’s Office held its Annual Meeting, Wednesday February 3, 2016. Employees were praised on their great contributions, team efforts and the work performed throughout 2015. Sheriff Burkhalter, Chief Deputy Tom Caldwell and fellow Command Staff members applauded staff efforts of and thanked them for their dedication.

Sheriff Burkhalter affirmed the room full of staff rallying them with these words:

“We work very hard every day to build our reputation and trust within our community. We take pride in our good works. Arguably, we do one of the toughest jobs and we will continue to do it with unfailing commitment and integrity. We were failed by one of our own, someone in whom we trusted, and in whom the community trusted. We must pick ourselves up, shake off the dust, and go back to work rebuilding community trust. As we rebuild, we will watch our Justice System deal with those who choose to tarnish the badge we so loyally cherish. I am so proud of each and every one of you. Great things are ahead in 2016!”

Several employees were honored for their outstanding work performance throughout 2015 in the Annual Meeting:

This award is presented in memory of Sheriff Joe Adams (1953-1973) for contributions to our community as a whole to an employee who exemplifies positive efforts through volunteerism and humanitarianism. Tommy McGuire is currently employed as a Major with the Floyd County Sheriff’s Office (Field Services Division). Major McGuire is very active in our community and with the Sheriff’s Youth Initiatives, i.e. Cops for Kids, Zombieland, Special Olympics, Sheriff Santa, Are you OK? Elderly telephone reassurance program, etc. McGuire has a heart for others and it definitely shows. The major has been employed with the Floyd County Sheriff’s Office since September 18, 1977.

Deputy John Brooks was noted by the Employee Recognition Committee as being an employee who exceeds what is expected or required to perform his job. Brooks is also as “an extremely devoted hard worker, who takes initiative to do what has to be done without being asked to.” He never complains about work assignments and always assists coworkers as well as the general public. Deputy Brooks is an all-around-guy who takes pride in his work. He has been employed with the Floyd County Sheriff’s Office since May 22, 1999.

Deputy Marks always goes above and beyond his regular duties and helps out whenever possible. He looks at the big picture before making a decisions which positively impacts the agency and those around him. Marks is a team player and his integrity is impeccable. He leads by example and is always encouraging his co-workers. Deputy Marks exemplifies what is means to be a Deputy. He has been employed with the Floyd County Sheriff’s office since June 18, 2012.

Deputy Black has shown great leadership qualities and has stepped up to run a shift when supervisors were absent. Black also takes a leadership role by being a field training officer for new personnel in warrants. His knowledge and practices are helping to mold people who are coming out to the division. Black is eager to help the new staff without being asked and makes sure they are trained in the right manner. Deputy Black has been employed with the Floyd County Sheriff’s office since January 17, 2006.
P.I.G. AWARD: PRIDE, INTEGRITY & GUTS- JAIL OFFICER MARYE LEDBETTER

Officer Ledbetter is an extremely hard worker and takes initiate to get things done without being told. She strives to make a positive impact on fellow employees and the public. Ledbetter is an all-around team player and daily performs her duties even when inmates are combative, aggressive or violent. Officer Ledbetter demonstrates Pride, Integrity, and Guts in a professional and efficient manner. She has been employed with the Floyd County Sheriff’s office since November 3, 2008.

Captain Brierely was recognized to his for tireless efforts and assistance throughout the Floyd County Sheriff’s Office as a volunteer reservist.

The Floyd County Sheriff’s Office proudly announces these award winners for a job well done. Each employee was encouraged to participate in our volunteer opportunities and to keep up their dedicated efforts to work as a team and to be Positive in Our Community. For more information about our community programs visit us on the web at www.floydsheriff.com. 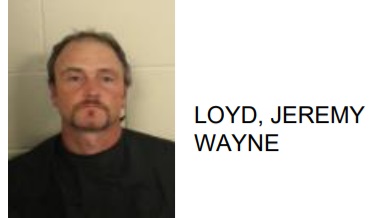 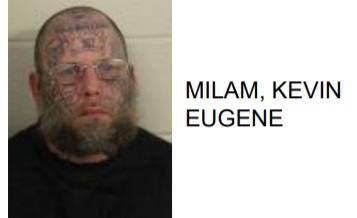 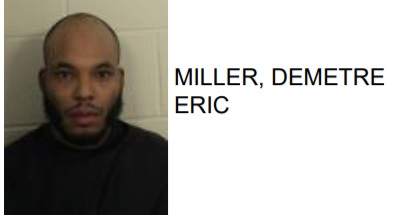