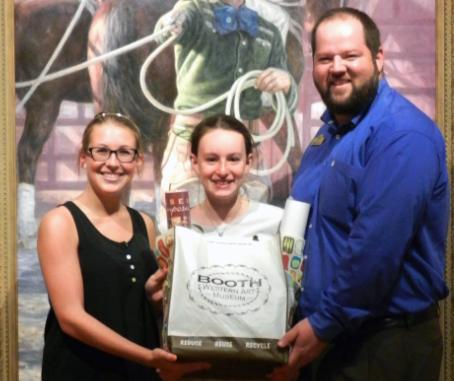 Miss Jenny Crum, an 11 year old aspiring artist from Cartersville, entered through the South entrance on what she expected to be a typical visit to her favorite museum. Crum, the daughter of Kristen Lindemer and Mark Crum, utilized their Booth Museum Family Membership for a morning outing with friend Megan Patton. Upon checking in, Booth Museum Director of Marketing Tom Shinall informed Crum that she was the 500,000th visitor to the museum.

“It was completely unexpected,” said Crum of the experience. “We walked around downtown waiting on the gates to open so that we could come in and look at the art,” said Crum. On behalf of the Museum, Shinall presented her with a Booth Museum Gift Bag that included books, posters, memorabilia, and a one-of-a-kind cowboy sketch by Booth Museum Director of Special Projects Jim Dunham. Since the age of five, Crum has participated in Booth Art Academy Camps and Classes. “I love any form of art and I love creating art,” said Crum. Kent Mullinax, Booth Art Academy Manager says of Crum, “I’ve watched her talents develop as a young artist through her participation in summer camps and classes. This could not have happened to a better person.”

“It is exciting to be part of another milestone here at the Booth,” said Executive Director Seth Hopkins.  “As one of the first employees at the Booth we wondered if many people would come to a Western art museum in Cartersville. Half a million visitors later, we know the answer is yes. We have had visitors from every state and dozens of countries. It is also exciting that the 500,000th guest was a young person who loves the Museum and wants to be an artist. Maybe one day her art will hang in our galleries.” 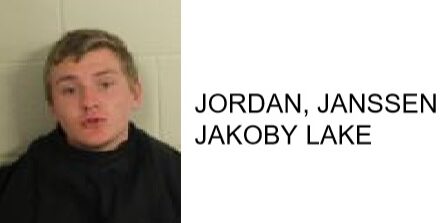 Rome Man Arrested After being Disorderly 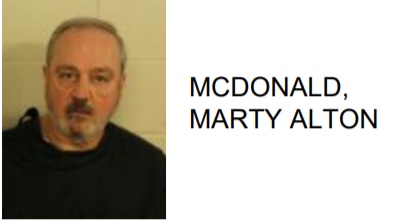