An investigation was launched after allegations of abuse and sexual assault was posted on her diary back on December 27th.

Several of her postings have since been removed from numerous social media sites.

Dodd did say that as of Wednesday no charges have been filed.

Her autopsy has yet to be completed by the GBI to show her exact cause of death.

Polk County Authorities are looking into the death of 12 year-old Katelyn Nicole Davis, of Silver Creek, after she reportedly committed suicide  on social media last weekend.

According to Polk County Coroner Tony Brazier, Davis was pronounced dead at Polk Medical Center’s Emergency Room after officials tried to save her around 6 p.m. on Dec. 30, 2016.

The GBI will perform an autopsy on Davis.

Detectives are working to get a search warrant for the teen’s telephone to look at her Facebook and another social media service after it was reported that she broadcasted her own death live.

Davis was a student at Cedartown Middle School. 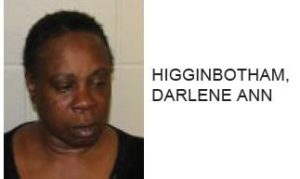